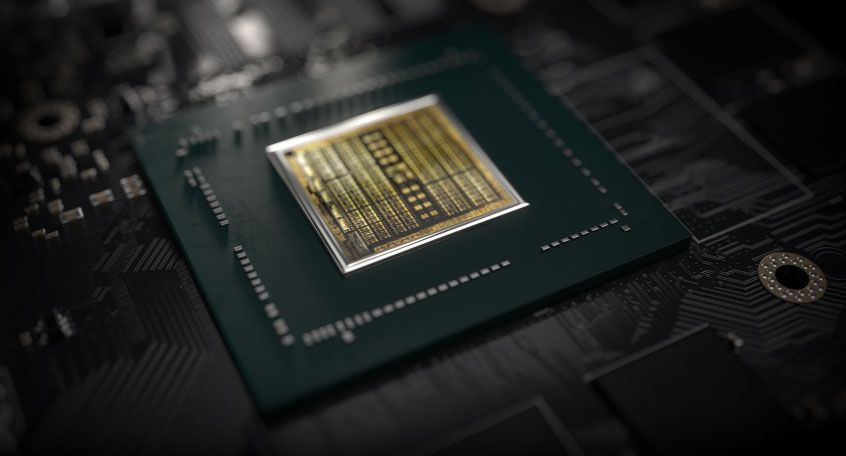 The next gen GPU hype train is leaving the station. Rumors are coming almost daily, which is as good an indicator as any that the launch is drawing closer. It’ll be some time before we get actual benchmark results, but if these latest rumors turn out to be accurate, The RTX 4090 in particular is shaping up to be an absolute monster.

The latest update comes from serial Nvidia leaker Kopite7kimi (opens in new tab). The key piece of information are the expected clocks of the RTX 4090. A 2235MHz base and a 2520MHz boost clock would put it far ahead of the clocks of the RTX 3090 Ti Founders Edition at 1670 and 1860MHz respectively. Do bear in mind that a future fully enabled AD102 equipped RTX 4090 Ti will likely feature even higher clocks and come with a higher TDP. A future 4090 Ti is probably the source of the extreme TDP numbers (opens in new tab) that have been floating around over the last few months.

Observant owners of RTX 30 series cards would know that their rated boost clocks are often exceeded, and that appears to be the case with the RTX 4090. Kopite7kimi claims that the RTX 4090 can boost to at least 2750MHz. That’s a pretty incredible number. 3rd party cards might even be able to hit the magical 3GHz level if their cooling and power delivery is up to it.

The 450W TDP is – dare I say it – reasonable, but that’s only if the performance of the card turns out to be as good as these specs suggest. A 4090 will blow way the 3090 and 3090 Ti just on the basis of the extra cores and higher clocks alone, and that’s without taking any architectural improvements (opens in new tab) into consideration. The potential is there for 100% intergenerational uplift, though personally, I believe that’s too high an expectation. I’d love to be surprised though. (opens in new tab)

The RTX 4070 is a bit of an odd one. An xx70 class card with a 160-bit bus feels out of place on a 2023/24 era card. 18Gbps memory goes a way to offsetting that but 160-bit sounds very much mid-range. With 7168 cores it’s surely likely to beat an RTX 3080, but is 10GB of memory enough as 4K gaming and large texture packs become more commonplace? Time will tell, but of the three cards leaked here, the 4070 looks a bit underwhelming. Performance and price is what really matters though, and the 4070 may surprise just as much as the other RTX 40 cards.

We won’t have too much longer to wait until the world gets to see the RTX 40 series. Rumors around the release timeframe are quite variable. We can expect to see the RTX 4090 first with the RTX 4080 and RTX 4070 expected to follow before the end of the year.