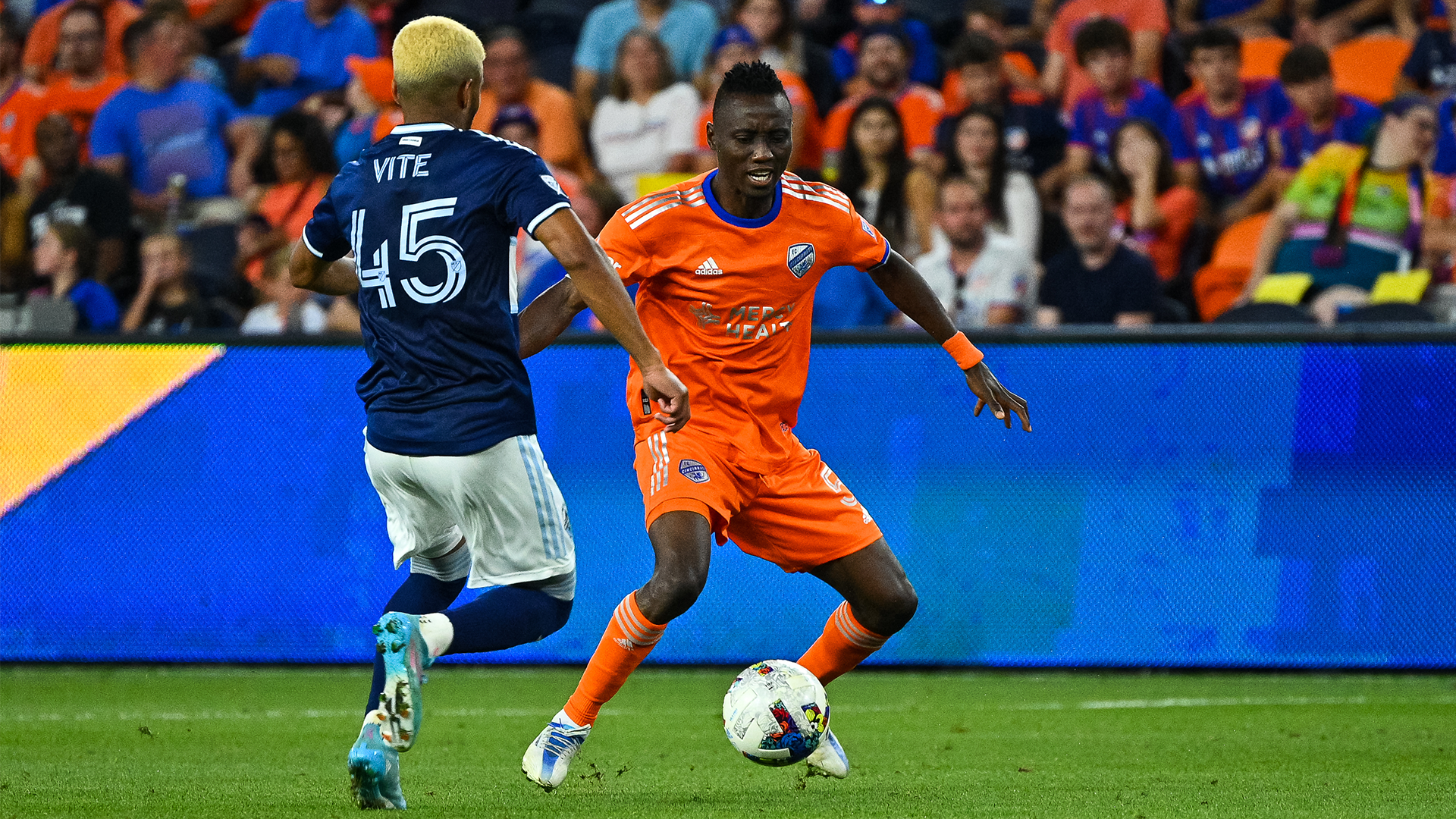 FC Cincinnati welcome Charlotte FC to TQL Stadium for the first time in club history for a crucial Eastern Conference matchup on Saturday, September 3. Kickoff is set for 7:30 p.m.

The two sides are separated by three points and are both chasing the final Eastern Conference playoff spot currently occupied by Inter Miami CF, whose 36 points stand one point clear of the Orange and Blue in eighth place at 35 points.

For more information on all the activations surrounding Saturday’s matchup, including pre-game festivities and Washington Park activities, visit the Matchday Guide, here.

Can’t make it to the game and looking for a place to watch the Orange and Blue? Head to one of the club’s official Pub Partners for the season, which broadcast all home and away games and feature opportunities for fans to win prizes all season long.

SCOUTING CHARLOTTE FC (10-16-2, 32 PTS, 12TH EASTERN CONFERENCE) *
FC Cincinnati have tied 11 times this season, tied for the third-most draws in MLS. Charlotte FC meanwhile have been the opposite, as their 26 games with a winner are the most in MLS. No team has drawn fewer than Charlotte, who have tied just twice.

The expansion side have been strong at Bank of America Stadium in Charlotte, where the club has an 8-6-0 record and a +7-goal difference. One of those wins came against FC Cincinnati on March 26, a 2-0 win for the hosts, one of only five games all season the Orange and Blue were held scoreless.

The expansion side parted ways with their head coach Miguel Angel Ramirez on May 31. Prior to his dismissal the team held a 5-8-1 record. Since then, Charlotte has held an identical record under interim head coach Christian Lattanzio: 5-8-1.

Polish striker Karol Swiderski leads the Charlotte attack with eight goals. He scored both goals for CLT FC when they defeated the Orange and Blue 2-0 back in March. Andre Shinyashiki has scored five times while a trio of players have each scored three times, including their captain and former team leader of the Austrian National Team, Christian Fuchs.

No. 1 overall selection in MLS SuperDraft 2022 Ben Bender has played in 27 of the 29 games this season and has put together a strong rookie campaign and has scored three times. Him alongside Brandt Bronico have been stalwarts in the midfield for Charlotte.

FC CINCINNATI NOTES
THE LONGEST ACTIVE STREAK – FC Cincinnati forward Brandon Vazquez holds the longest active home goal scoring streak in MLS, and with a goal on Saturday, would hold the longest such streak this season in MLS. He has scored in six straight games at TQL Stadium, which is matched with LA Galaxy’s Dejan Joveljić (May 29 – July 24) for the longest in MLS this year.

THE BATTLE OF THE QUEEN CITIES – FC Cincinnati welcome Charlotte FC to Ohio’s version of the Queen City for the first time in club history. The Orange and Blue seek to defeat a 14th different MLS club. This season FCC have earned first wins since joining MLS against four sides (ORL, MIA, MIN, PHI).

FC Cincinnati have defeated at least once all but three current Eastern Conference foes: Charlotte FC, New York City FC (the club’s next opponent on Sept. 7) and D.C. United, who the Orange and Blue will travel to face on Decision Day.

MATT MIAZGA, GOAL SCORER – FC Cincinnati center back Matt Miazga scored his second goal in as many games last Saturday against the Crew. With the goal he became the first primary defender for FCC to score in consecutive games. If he scores against Charlotte, it’ll be the sixth time an FCC player in MLS scores in three straight games.

No FC Cincinnati player has scored three (or more) times within their first four games with the club.

Nwobodo, despite appearing in just 17 games for FC Cincinnati, leads the team in tackles (65), tackles won (32) and possessions won (130). Per Stats Perform, he leads FCC field players with 130 recoveries, where a player recovers the ball in a situation where neither team has possession or where the ball has been played directly to him by an opponent, thus securing possession for their team.

THE ASSISTS LEADER – Luciano Acosta continues to hold the MLS-lead in assists, with 15 entering the weekend slate. Acosta’s 10 assists from open play also lead the league.

FC Cincinnati’s 2022 schedule can be viewed, HERE. Fans can build their custom 3 Match Flex Plan today. Pick any three matches and save on single match ticket pricing with no fees at checkout. Fans can pick the same seats for three games or select different options around TQL Stadium.

FC Cincinnati are playing their fourth season of MLS competition in 2022, and their second playing at TQL Stadium. For up-to-the-minute information about FC Cincinnati, visit the team’s official website at fccincinnati.com, or follow the team on Twitter, Instagram and Facebook at @FCCincinnati. Additionally, fans are encouraged to download the team’s official mobile app on the Apple App Store or Google Play for instant access to mobile tickets, team content and match notifications.