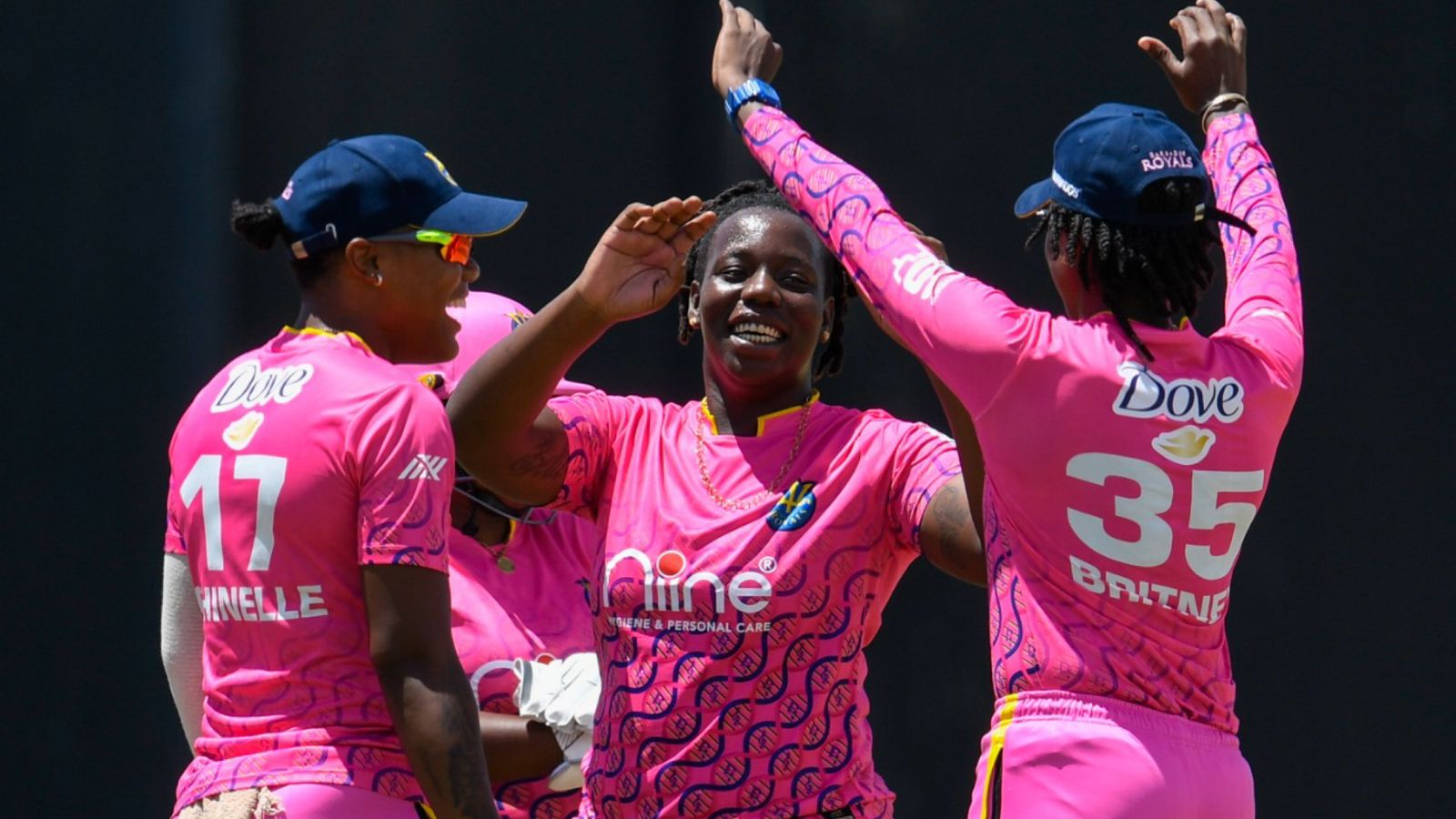 Once upon a time, Saint Lucians bestrode the firmament of West Indies women’s cricket. Between 1998 and 2004, the Helens of the West won five regional titles and finished runners-up four times.

Verena Felicien captained the West Indies for five years from 1998 and was twice named Sportswoman of the Year. In 1993, Eugena Gregg was one of the first two Saint Lucians to play for the Windies, alongside Patsy Felicien. And in 2004, Nadine George became the first West Indian woman to score a hundred in a Test match, scoring 118 on Test debut against Pakistan in Karachi.

Those achievements feel like a lifetime ago, and they literally are for the island’s emerging stars. Qiana Joseph, a left-handed allrounder from Gros Islet, was born in 2001. She first played for the Saint Lucia senior team at the age of 13. Her senior West Indies debut came at the tender age of 16, and she has been in and out of the side since, most recently featuring on the tour of Pakistan in 2021. But the Massy Women’s Caribbean Premier League (WCPL) and the Women’s 6IXTY have given her a chance to show what she’s made of, and so far, she’s seized that chance.

Joseph’s probing and accurate left-arm medium pace is a significant asset. She tends to be exceedingly parsimonious with the ball, generating a surprising amount of pace off a short approach, pitching the ball up and conceding very little width. With the Saint Lucia Kings opting not to enter a team, Joseph played a crucial role in helping the Barbados Royals win the inaugural Women’s 6IXTY in August. She took a team-high four wickets, and her tournament average of 14.75 runs conceded per wicket was second on her team.

But it was in the final against Deandra Dottin’s Trinidad and Tobago that she really shone. Under the leadership of West Indies captain Hayley Matthews, the Royals needed to defend a mere 65 runs to win the trophy. Thanks in no small measure to the Corinth Secondary alumna, they were more than up to the task. Joseph dislodged both opening batters (including the dangerous Dottin herself) giving up only five runs in her two overs, before sealing the win with the final catch. A powerful hitter who deals in boundaries, she’s not had much of a chance to show off her batting.

On the strength of her outings for the Royals so far, and working directly under the West Indies captain, Joseph is putting herself firmly in the shop window. She’s already helped the Royals to one title, and her skills could be vital in the longer format, as the ladies in pink aim for the double. The Royals lost their WCPL opener, but they also started poorly in the 6IXTY. Between the experience of senior campaigners like Matthews, Afy Fletcher, Shakera Selman, and South Africa’s Chloe Tryon, and the talent of younger players like Joseph, they will be confident of another title.

Whilst Joseph is rapidly rebuilding her reputation, Zaida James is now making her name. Just 17 years old, she was among the top batters in the 2022 West Indies Under-19 competition, earning her a spot on the regional team to face the USA in Florida. Although the Caribbean women did not cover themselves in glory against the Americans, James got a few starts with the bat, as she had done earlier in the year for the Windward Islands against the same opposition. A West Indies A team player in 2021, the top order left-handed allrounder was selected by the Guyana Amazon Warriors for the Women’s 6IXTY and WCPL. She has hardly featured for Satafanie Taylor’s team thus far, but she will hope that she can get amongst the runs at some point.

The inaugural season of professional women’s cricket in the Caribbean is a platform for young players like Joseph and James. During the three-team tournament at Warner Park, St Kitts and Nevis they get to rub shoulders with World champions and seasoned veterans. It’s also a great opportunity for growth and development for this dynamic duo, who surely comprise the vanguard of the next generation of Saint Lucian women’s cricket legends.