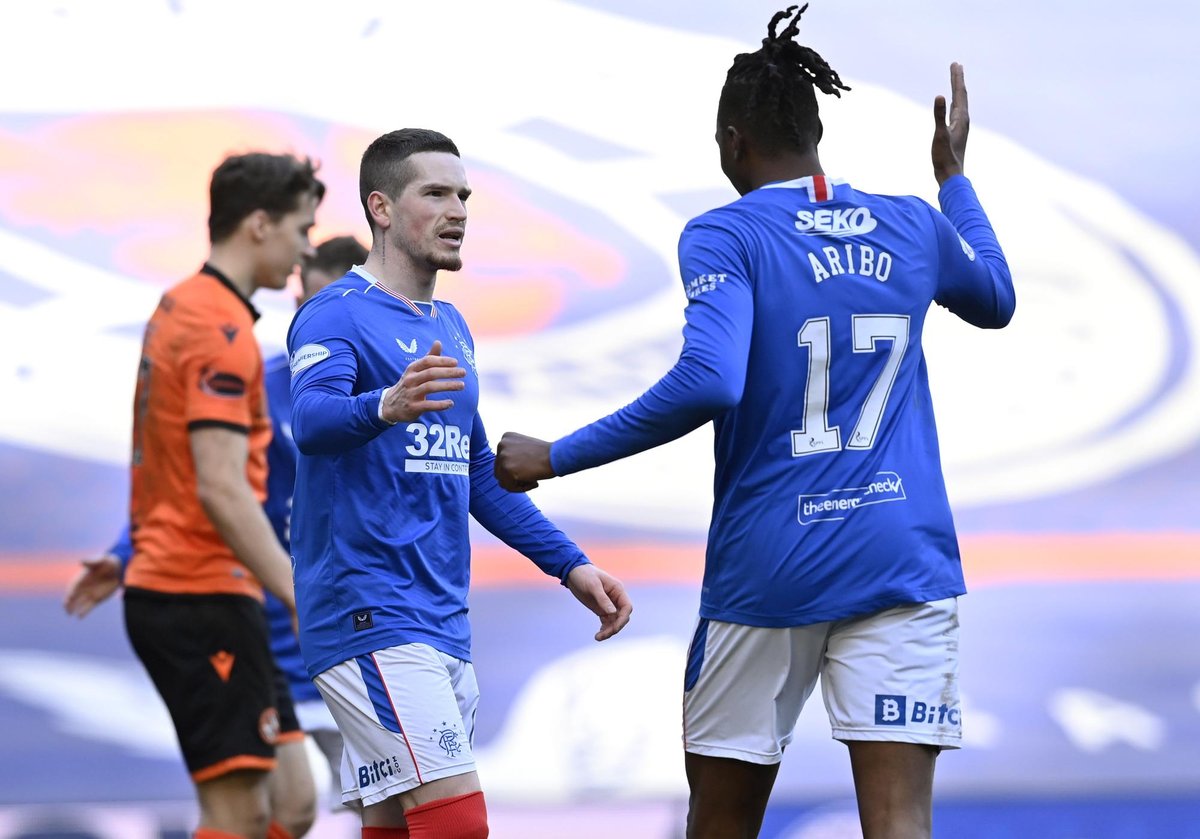 Midfielder Joe Aribo is likely to leave Ibrox this summer with 12 months to run on his deal and Southampton are in negotiations over a potential deal.

According to The Athletic, the Premier League club have had talks with Rangers and are discussing the terms of any transfer.

With a clause understood to be in the player’s contract, the Ibrox side are not wanting anything less than £10million for the versatile player.

Aribo, across nearly 150 games for the club, has proven himself to be an important asset to Rangers. Not only did he help the club win the Scottish Premiership in 2020/21 but he played a key role in the run to the Europa League last season, scoring in the final, and winning the Scottish Cup.

The 25-year-old played in a variety of roles, including as the central striker towards the end of the season, and was, at times, the team’s best player.

Aribo, signed for paltry £300,000 from Charlton in 2019, wants any exit to go smoothly with a possible four-year deal being readied by Southampton.

Saints are not the only Premier League club interested in the Nigerian international, with Nottingham Forest and Fulham having been mentioned, while Crystal Palace are long-time admirers.

Rangers duo Ryan Kent and Joe Aribo are in the final year of their contracts. (Photo by Rob Casey / SNS Group)

Meanwhile, Ryan Kent is another key Rangers star who is entering the final 12 months of his deal.

The winger has been a long-term option for Leeds United but it appears there will be no move to Elland Road. With Raphinha set to move to Chelsea the Whites are on the hunt for a replacement.

Luis Sinisterra, the Feyenoord star, looks likely with a big-money deal which could cost Leeds £25million being progressed.

The Colombian had an excellent campaign, scoring 23 goals and hitting double figures in assists, helping the Dutch giants reach the Conference League final where they lost to AS Roma.

If Aribo is sold for a substantial fee, Rangers would less likely cash in on the likes of Kent and Alfredo Morelos, who is also in the final year of his deal.

Duncan Ferguson: Everton legend to find a world beyond the Wirral – but mystery …