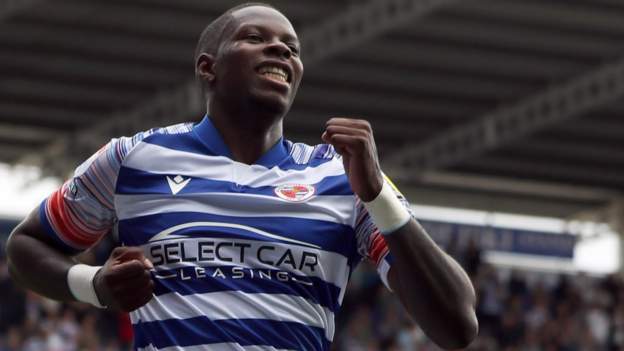 The Royals led inside two minutes as Joao punished Stoke keeper Jack Bonham’s ill-advised decision to race out of his box to meet a ball over the top.

Ben Wilmot fired the visitors level before the break but later clumsily felled Joao in the box and the Portuguese forward celebrated turning 29 by tucking home the winner from the spot.

Paul Ince’s Reading move up to second in the table after a fourth win in four home games while Stoke stay 19th to leave Neil still seeking his first win as Potters boss.

Stoke had rescued a point in stoppage time at home to Swansea in Neil’s first match in charge this week but never threatened a repeat of that salvage job once Joao’s penalty re-established the hosts’ lead.

Indeed, on a day of defensive catastrophes for the Potters, Wilmot almost completed an eventful afternoon with another – hacking Andy Yiadom’s cross on to his own chin and inches wide of his own goal.

The tone for Stoke’s sloppiness was set inside the opening 90 seconds as Bonham unwisely rushed out of his area to attempt to beat Joao to Royals keeper Joe Lumley’s long clearance.

Even when the striker won the battle and fired towards the vacated goal, recovering Stoke defender Aden Flint could have cleared but only succeeded in helping the ball home with a sliced miskick.

Flint did make amends by nodding down a corner for Wilmot to turn home via a deflection off Yiadom, minutes after Shane Long wasted a great chance to double Reading’s lead by firing Tom Holmes’ cut-back over from six yards.

But Wilmot’s crude challenge on Joao got nowhere near the ball and caught enough of the striker for referee David Coote to award the decisive penalty just before the hour.

Victory means Reading, inspired throughout by the tireless Tom Ince, have won four consecutive home games for the first time since October 2020, while Stoke’s miserable record in Berkshire continues, having won just once on their past 18 visits.

Stoke have now lost four of their eight league games this season before a meeting with former boss Nathan Jones’ Luton on Saturday. Reading visit Watford the same day.

“You come in at half-time thinking how is the game 1-1? But credit to my players, the response and reaction was second to none, they were absolutely exceptional in the second half.

“We had enough chances to put the game to bed and if you don’t do that, there’s always a scary moment, but I kind of feel these players know how to see out games, how to deal with it and that is very important, especially at home.

“It was good to see Lucas get a couple of goals, he needed that – if you work hard for the team, you will get your luck. He was exceptional with his work-rate.”

“I thought we needed to move the ball quicker, to get it into wider areas quicker. We had a little spell in the first half after they scored where we got into those areas but we just didn’t get into them enough.

“We didn’t beat anybody with any real conviction and I thought in the second half when we needed to up the tempo of our game, it was really slow and ponderous.

“If you get the first goal it changes the dynamic of the game – and the first goal against us, you can’t really legislate for that. It’s a kick up the pitch, we’d just had an attack and we made a bad decision.

“We’ve got seven at the minute on the injury list that we need to get back to help us. We need to get a bit of confidence into the group.”