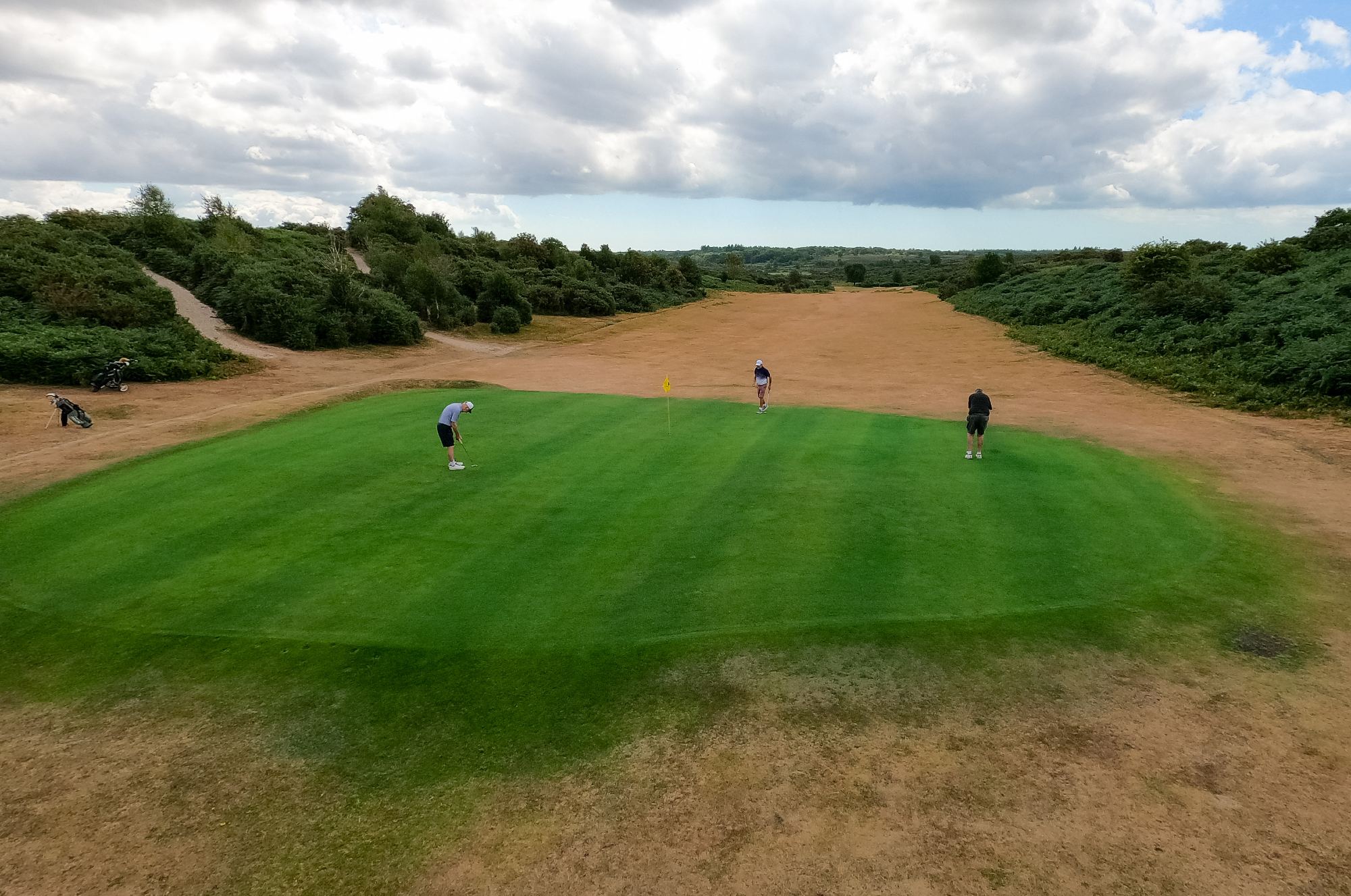 Should vulnerable areas of golf courses be roped off more to protect them from damage? A leading turf expert thinks it might be a possibility in “pinch point areas”.

As the UK finally gets a respite from the extreme heat which has parched many of our courses over the summer, Paul Woodham, head of agronomy for the STRI Group, warned that the “visible scars” caused by weeks of near 30-degree heat will leave their mark.

Joined by Rain Bird’s golf sales specialist Shaun Anderson, on a drought mitigation webinar hosted by the Golf Club Managers’ Association, the pair also stressed the need for communication with members and the wider public – with both giving examples where clubs or greenkeepers had been recently challenged when they were watering their courses.

Eight areas of England are in drought and many are subject to a hosepipe ban, along with parts of Wales.

Golf, with some restrictions, has largely been exempt and though many parts of the UK are now enjoying some rainfall, the damage has been done.

Woodham said it was vitally important the industry was careful as it approached the next few months.

“We’ve got to be tuned into the public perception and not appear to be tone deaf. I was at a course where an email came in from a neighbour, ‘what are the club doing?’”

He added the conditions seen at courses around the UK were part of climatic patterns that began in March and April and believes may need to use more protective measures throughout the year to try and restrict damage when extreme weather arrives.

“In terms of right now in traffic management It’s probably unrealistic to expect in this heat people not to be taking buggies out but I’ve seen some success with courses trying to encourage golf buggy traffic into the rough a little bit more,” he explained.

“In winter, we’re accustomed to ropes in front of greens to protect the green surrounds. I see that, potentially, being more of a year round thing in pinch point areas. 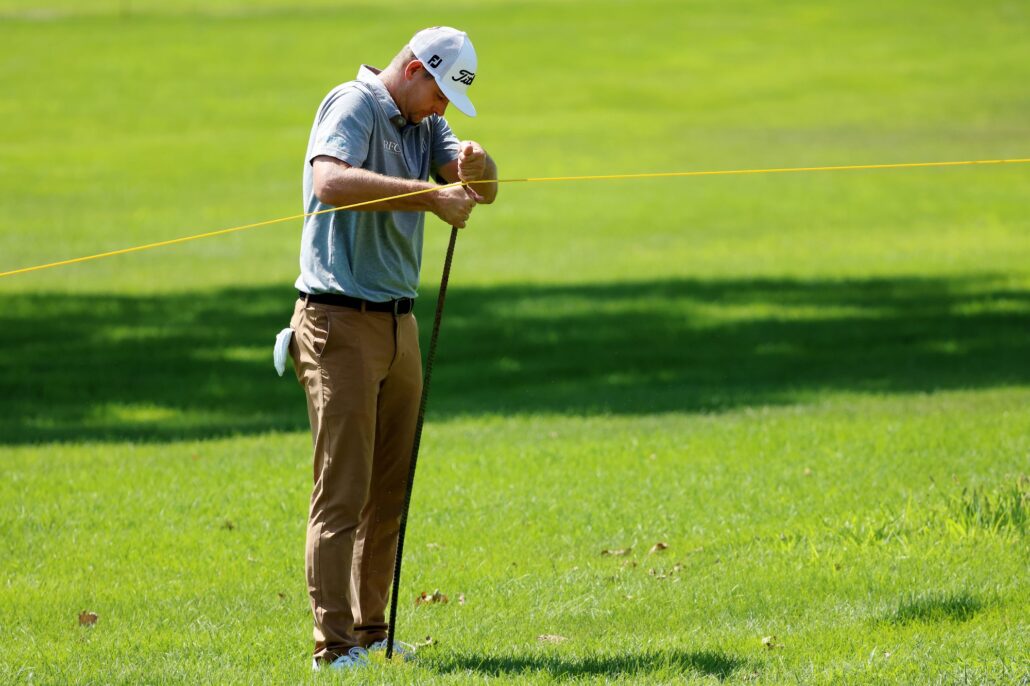 “We’re already thinking about reparations and recovery. We’re thinking, ‘we’re going to seed’, and there’s a cost to all of that but there’s a failure cost as well. We might get bad winters, or dry springs. The night-time temperatures in spring have been so poor for growth over the last couple of years.

“Prevention and proactive management is key. We’re in emergency [but responsible management mode right now] but, in the winter, we need to start thinking about droughts.

Anderson, meanwhile, called on clubs to present one voice between the greenkeepers and general manager – as they guided members, visitors and the wider community around the issues.

“We need to support each other – because there are struggles happening and we need to make the membership understand why we are carrying out these practices, or why we are adding more ropes into place, or why we are looking at reducing golf buggies onto the course,” he said.

“Communication is the key – either through newsletters, membership forums, or course walks. You need to take the member on the journey to understand why you are looking to those short-term procedures to mitigate any further damage.”

He added: “There is going to be more scrutiny on the golf industry because we are perceived as an industry that uses a lot of water when restrictions are in place. There are limited supplies, so we need good stewardship going forward.

“We need to be able to record how much irrigation we’re using. We need to understand why we’re using it. And we need to use it effectively.

“I’ve heard from at least three or four greenkeepers or course managers or groundsmen that they’re now getting approached by the public and getting accused of inefficient application of irrigation.

This appeared in the first edition of GCMA Insights. To view more, click here.

What do you think? Do we need to do more to protect our courses all year round from drought and hot weaver and what part can we – as golfers – play to help? Let me know with a tweet.