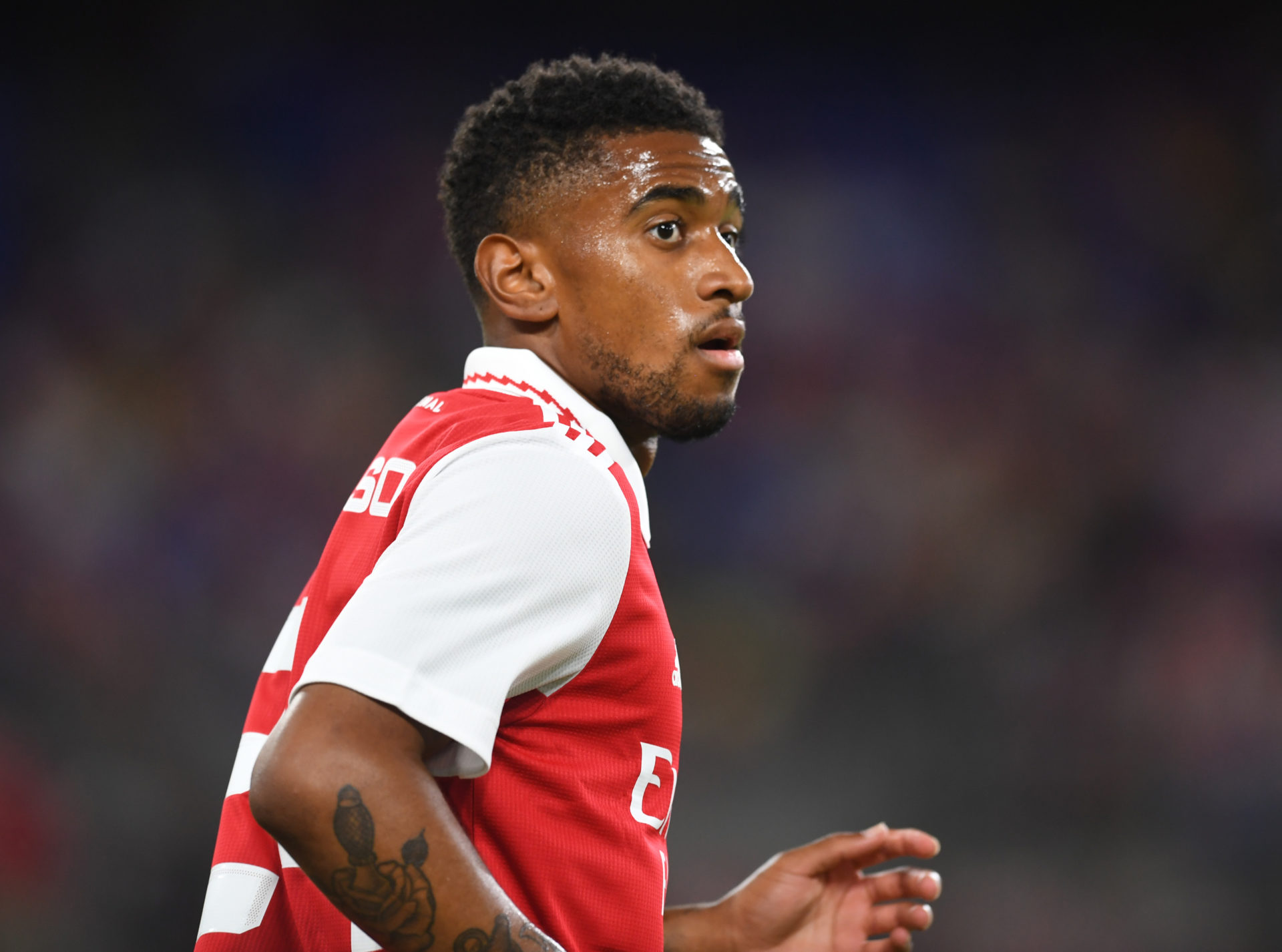 This is according to The Athletic, who discussed Arsenal’s transfer business in wake of the window shutting.

The Gunners have enjoyed a fruitful transfer window, bringing in the likes of Gabriel Jesus and Oleksandr Zinchenko.

However, Arsenal failed to get any deals over the line on deadline day, despite reportedly eyeing a midfielder and a winger.

The Gunners tried to sign Douglas Luiz, but they failed to reach an agreement with Aston Villa.

Now, Arsenal could well turn to Nelson, who can play on the flanks and at No. 10.

According to The Athletic, Nelson has ‘received assurances he will be given a chance to compete for a place once he has proven his fitness’.

Nelson broke into the Arsenal first team in 2017 under Arsene Wenger.

He has made 48 competitive appearances for the Gunners, but has struggled to cement a regular starting spot.

Nelson has had two loan spells while at Arsenal – at Hoffenheim and, last season, at Feyenoord.

The 22-year-old has superb potential – Emile Smith Rowe recently said Nelson was the “standout” in his age group.

Meanwhile, the Bundesliga website compared his style of play to that of Serge Gnabry ahead of his Hoffenheim loan.

‘Nelson is a difficult player to find a comparison for, mainly because he can do everything at a high level,’ they wrote.

‘His pace is electrifying, especially when he is showcasing his enormous dribbling ability.

‘But he is by no means an out-and-out winger.

‘Nelson often drifts inside the pitch and uses his unexpectedly impressive passing skill, with through balls or even link-up play to allow himself a chance at running in behind the opposition defence.

‘His end product is inconsistent, but at his age, this is the attribute that can be honed over time at a top level Bundesliga club.

‘An exciting prospect for Nagelsmann, Hoffenheim and Nelson himself.’