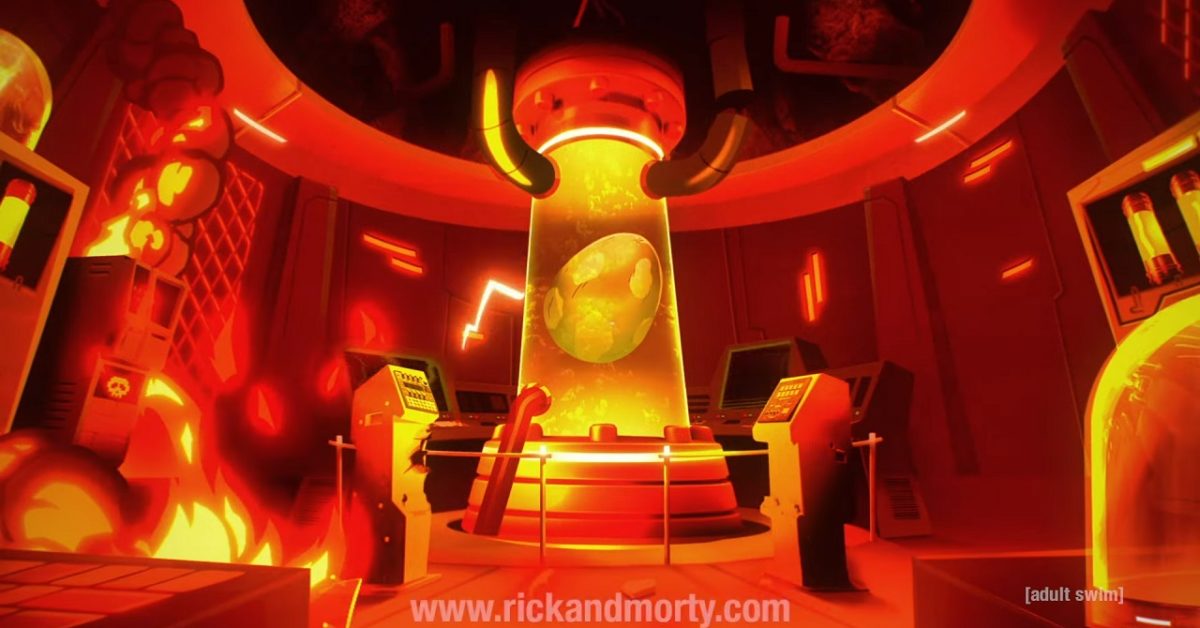 After grabbing a look at the first (and brief) mini-promo for the Season 6 return of Dan Harmon and Justin Roiland‘s Rick and Morty next month, the Emmy Award-winning animated series headed into the Saturday session of the Adult Swim Festival Block Party 2022 to offer some intel on what viewers… and there was even talk of a preview? So what did we learn ahead of September 4th? That there was a secret hidden within the Citadel that we’re now learning about. Was it something the Ricks (or our rick) had in place as a failsafe? Or are we seeing what Evil Morty’s true endgame is? To rid all of the universes of Rick… by any means necessary? Or something far worse? And based on what was released, the season might have a subtitle: “Wormaggedon” (which makes my mind go to computers and code-erasing for some reason).

Here’s a look at the teaser that was released this afternoon:

And if you head to RickAndMorty.com, you see the countdown to “Wormageddon” underway with some footage to be released:

Directed by Masaru Matsumoto (Starship Troopers: Traitor of Mars) and stemming from Sola Entertainment, the Halloween-inspired The Great Yokai Battle of Akihabara sees Rick looking to build the ultimate AI toaster until a trip to Akihabara for spare parts takes a twisted turn for our dimension-hopping duo. Think screws. Now here’s a look at The Great Yokai Battle of Akihabara, followed by looks at four previously-released shorts:

Directed by Takashi Sano (Tower of God), produced by Sola Entertainment, and animated at Telecom Animation Film, the anime short Rick and Morty vs. Genocider finds Morty going on an adventure to Tokyo, Japan to try and help stop “The Genocider.” And yes, it’s beautiful, emotional, and some really weird stuff happens:

Sano returned with the new short (produced by Sola Entertainment and animated by Telecom Animation Film) Summer Meets God (Rick Meets Evil)– following up on his previous short, Rick & Morty vs. Genocider. Here’s a look at the newest short, with a focus on Summer and Jerry that goes in ways we didn’t expect:

Written and directed by Kaichi Sato, and produced by Studio DEEN, “Samurai & Shogun” finds Rick WTM72 (Yohei Tadano) and Shogun Morty (Keisuke Chiba) in a Lone Wolf and Cub-themed dimension. A nasty group of Ninja Ricks isn’t willing to let go of Shogun Morty without a fight – an option that Rick WTM72 is more than willing to oblige. From there, we have a look at the follow-up short that was released last month continuing the story, Samurai and Shogun Part 2:

In the creative spirit of Samurai & Shogun by Kaichi Sato and Rick & Morty vs. Genocider from Takeshi Sano, here’s a look at Rick and Morty in the Eternal Nightmare Machine– where even the “Rick-mobile” can prove deadly and you’ll wonder like we do why Scary Terry isn’t a downloadable character for a fighting game like Mortal Kombat: