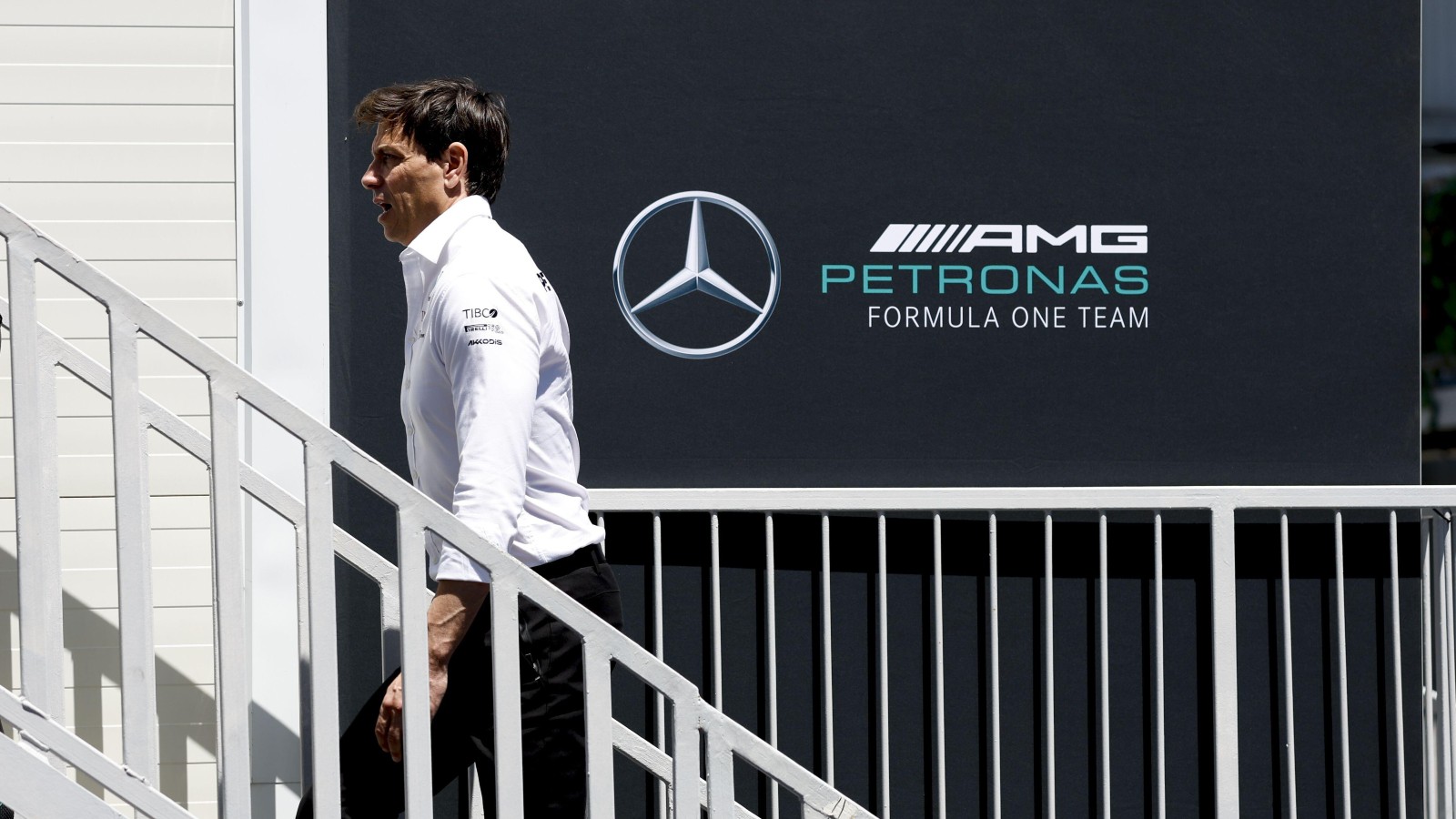 Toto Wolff has said that despite an improved showing at Silverstone, it does not give him confidence for the next race in Austria.

The Red Bull Ring has not been a happy hunting ground for Mercedes of late. Including the two Styrian Grands Prix raced at the circuit in 2020 and 2021, just two of the previous six races at the track have been won by a Mercedes driver.

Red Bull on the other hand have won the remaining four at their home race with Max Verstappen winning all of them.

The circuit has traditionally favoured Red Bull more than Mercedes and with its lack of high speed and high load corners that Silverstone enjoys as well as a long straight, Wolff believes that trend will continue with the W13 this weekend.

At the British Grand Prix, Mercedes showed the first real signs of pace with Lewis Hamilton earning a podium that was based on merit rather than a significant number of cars ahead of him retiring.

Despite this, team boss Wolff has said there is nothing that makes him believe that performance can be replicated in Austria.

“Nothing at all. Nothing at all, actually. We were ‘back in the game’ at Silverstone but that doesn’t mean it will be again [in Austria],” he told motorsport-total.com.

“On the soft, the car didn’t work well. We saw that the pace wasn’t there afterwards either, but if you don’t lose the place to [Sergio] Perez and overtake [Charles] Leclerc quickly with the old tyres, then we might have been able to race for victory. But the start didn’t work out and then it was a chain reaction.

“It shows how quickly you change expectations. A few weeks ago, we said a third-place finish on our own would be great and today [at Silverstone] we could have taken a win. Therefore, yes, you have to take the positives.”

Wolff expanded on his comments to speedweek.com, saying they still needed to get on top of their ride height issues.

“We were able to see some light at the end of the tunnel in Barcelona and then struggled on three street circuits. So I don’t want to praise us too much or be too pessimistic, I’d rather stay cautious. We still had our persistent ride height problem on all three days, which we really need to get to grips with.”

“But we showed strong pace this weekend, which is pleasing, and our updates obviously worked well. There will be some corners in Austria that our car hasn’t handled well in the past, but that’s a constant learning process for us. It’s going to be quite difficult to win this year, but we just have to get the performance of the car right.”

Wolff also had high praise for Hamilton, who earned his first podium since the opening race in Bahrain. The Austrian described the seven-time World Champion as being in a “league of his own.”

“He’s already in a league of his own if you think about it, also the World Championship last year in Abu Dhabi. And a few before that, too.”

With the podium, Hamilton moved to 93 points in the Drivers’ Championship, 18 behind team-mate George Russell. Mercedes meanwhile remain third in the Constructors’ Championship, 61 points behind Ferrari in second.