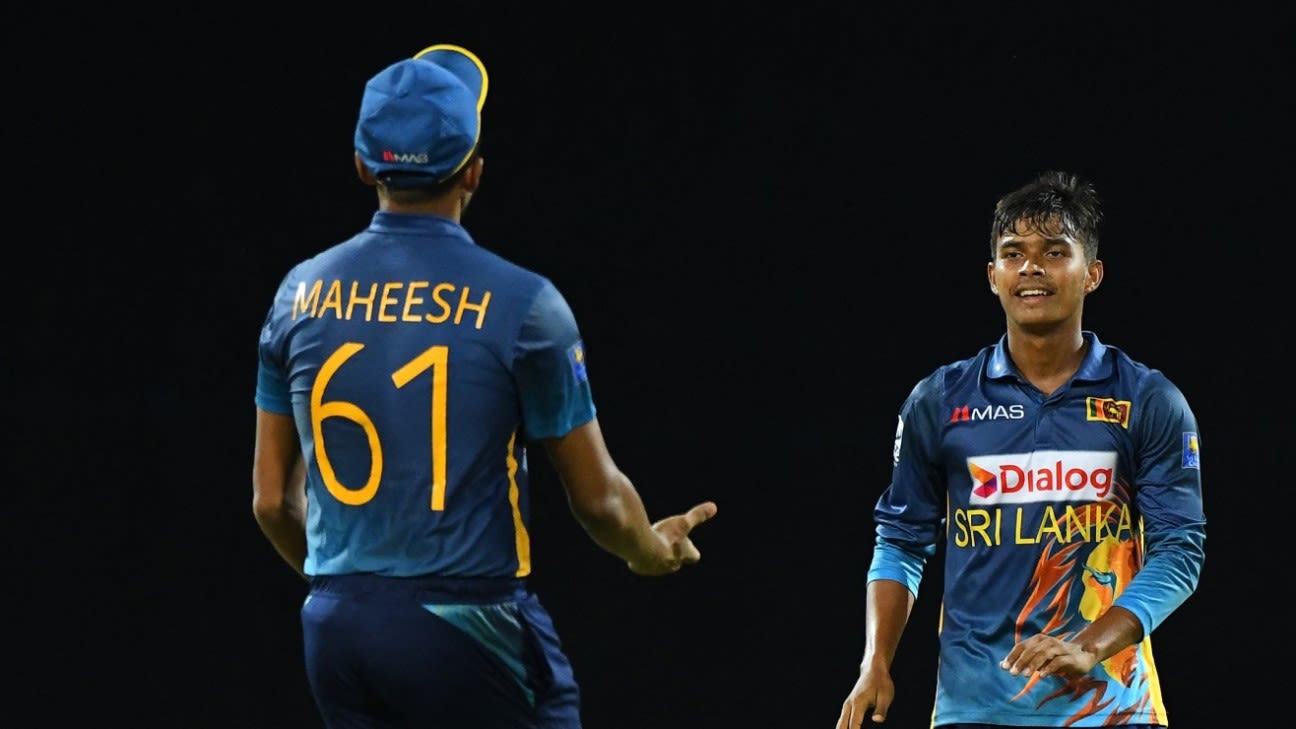 The 19-year-old Wellalage, who is also a left-arm spinner, was the leading wicket-taker in the ODI series with nine at 22.33 and could also add depth to Sri Lanka’s batting order if he debuts. He was one of the travelling reserves with the squad for the first Test but has now been elevated to the main group. In 11 first-class matches, Wellalage has 34 wickets at 30.76.

Although right-arm fingerspinner Theekshana only claimed four wickets in the five ODIs, he caused Australia problems during the white-ball leg of the tour. However, he has played just three first-class matches, the last of which was in 2018, having been viewed as a limited-overs specialist.

Offspinner Manasinghe, 22, played in the four-day series against Australia A last month where he collected 13 wickets across the two matches in Hambantota.

Embuldeniya’s omission comes after he had a poor opening game, conceded 73 runs off 15 wicketless overs, and follows being dropped on the recent tour of Bangladesh when he struggled in the first Test.

“He’s finding it tough at the moment,” head coach Chris Silverwood said after the first Test in Galle. “He’s getting a lot of support in the dressing room because he’s a great lad. We’ve got to work on him holding a consistent length.

“It’s not just him not holding a consistent length. As a group we need to do that better. You look at the various pace the bowlers bowl at as well. There’s a few factors there, one of which is confidence. We’ve got to give him support and get him back to where we know he can be.”

Ramesh Mendis was the pick of Sri Lanka’s spinners in the first Test, taking 4 for 112, but even he struggled to control the scoring rate as Australia rattled along at 4.53 runs per over.

Meanwhile, Angelo Mathews will complete his isolation period on Tuesday after he tested positive for Covid-19 on the third day of the first Test and should be available for selection.