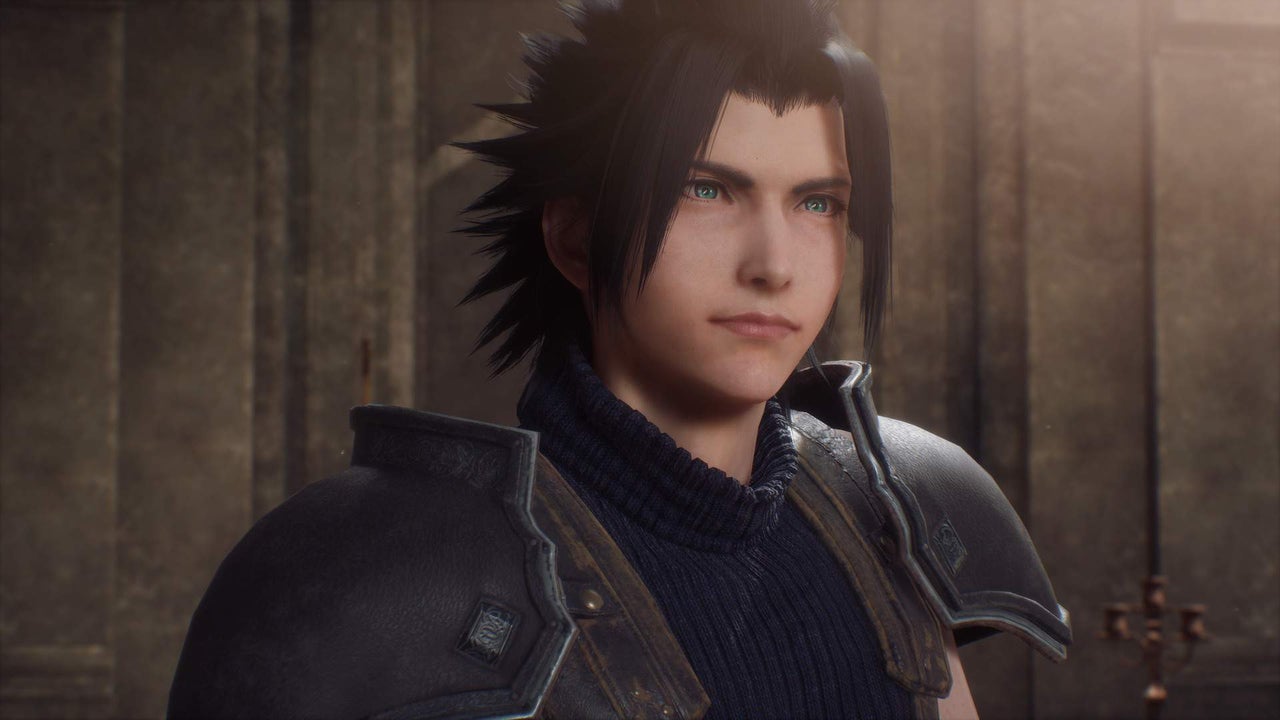 Final Fantasy 7 fans have been clamoring for more details after last month’s announcement of Crisis Core: Final Fantasy VII Reunion, a remaster of 2007’s Crisis Core, and today Square Enix’s Twitter gave us a tiny taste of what we can expect to see in the full game.

According to Square, the Zack Fair-centric game will differ from the original in several ways including an improved camera and character models.

Players will also get an optimized UI as well as a new menu-based battle system. While details on the battle system haven’t been revealed yet, the glimpses we’ve gotten of the battle system don’t appear to be too far off from the original and still include the slot-machine-like DMW system.

The Final Fantasy 7 compilation has always included some great music, and the Crisis Core remaster will include new background music arrangements by Takeharu Ishimoto. The remaster will also feature voiceovers in scenes that were previously text only.

Crisis Core originally released back in 2007 on the PSP. It serves as a prequel to Final Fantasy 7 and follows Zack Fair on his journey to find missing SOLDIER Genesis Rhapsodos. In our original review we gave it an 8.5/10 and said, “Crisis Core is a great PSP game — no question. It honors Final Fantasy VII’s legacy.”

Crisis Core: Final Fantasy VII Reunion will release this winter and is now available for preorder.

Casey is a freelance writer for IGN. You can usually find him talking about JRPGs on Twitter at @caseydavidmt.