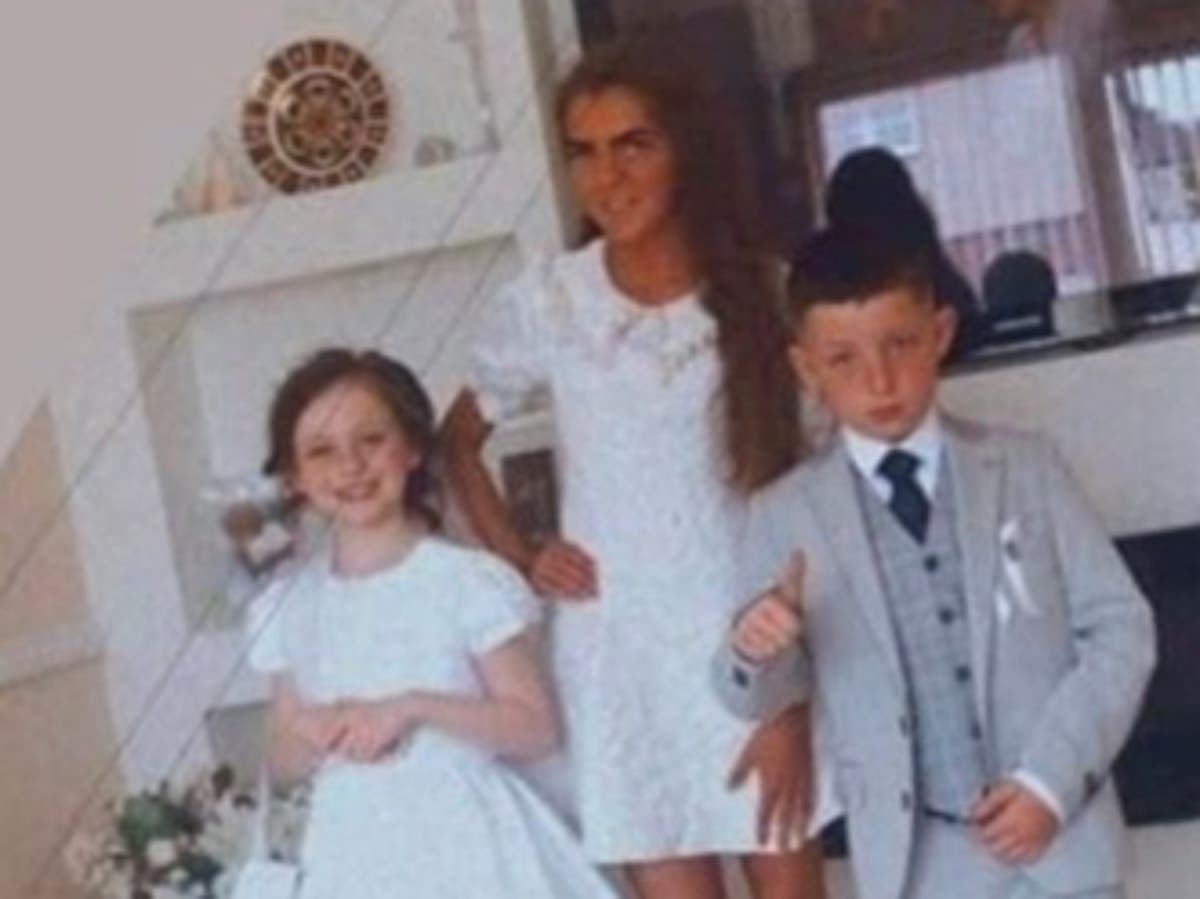 A teenager and her eight-year-old twin siblings who died in a violent incident in Dublin have been named by police.

Officers were called to a property in the Rossfield estate in Tallaght at around 12.30am today.

Lisa Cash, 18, and her younger brother and sister Christy and Chelsea Cawley were found injured at the scene and taken to Children’s Health Ireland in Crumlin.

Their mother, a woman in her forties, has now been released from hospital and is in the care of her family. Her 14-year-old son remains in Tallaght University Hospital, where he is being treated for a serious but non-life-threatening injury.

Gardai described it as a “violent, challenging and traumatic incident” and said everyone involved was believed to be known to each other.

A man, aged in his early twenties and arrested at the scene, continues to be questioned by police. Officers used “less-than-lethal” devices to arrest the man, the force said.

Forensic officers have attended the scene and removed a number of items, including a shoe, a small bag and a black coat. Post-mortems are due to take place by state pathologist Dr Sally Anne Collis.

Fianna Fail councillor Charlie O’Connor, who was at the scene on Sunday morning, said there was widespread shock in the community.

“I don’t know how to describe it. I was getting calls from early morning with people bringing it to my attention,” Mr O’Connor said.

“People are only now beginning to come out of their houses. I was at the Catholic church a while ago and a lot of people hadn’t heard, but the news was getting through.

“There is deep shock. People are really, really upset. Any event like this would cause shock, but the fact that it involves children is a really shocking event for this community, and indeed for the wider Tallaght community and elsewhere. This will affect many, many people.

“I was talking to the gardai and they told me that their colleagues who were on last night were all deeply shocked.

“Attempts are being made to support the local community and the local Brookfield Youth and Community Centre has just confirmed to me that they’re opening up now for the rest of the day.

“People are welcome to come and grieve and have a cup of tea and talk about their grief.

“I really find it shocking to think three children of that age are no longer with us and won’t be going to school in the morning.”

Flowers have been left at the scene. One floral tribute said: “Fly high little angels. Our hearts are broken for you all.”