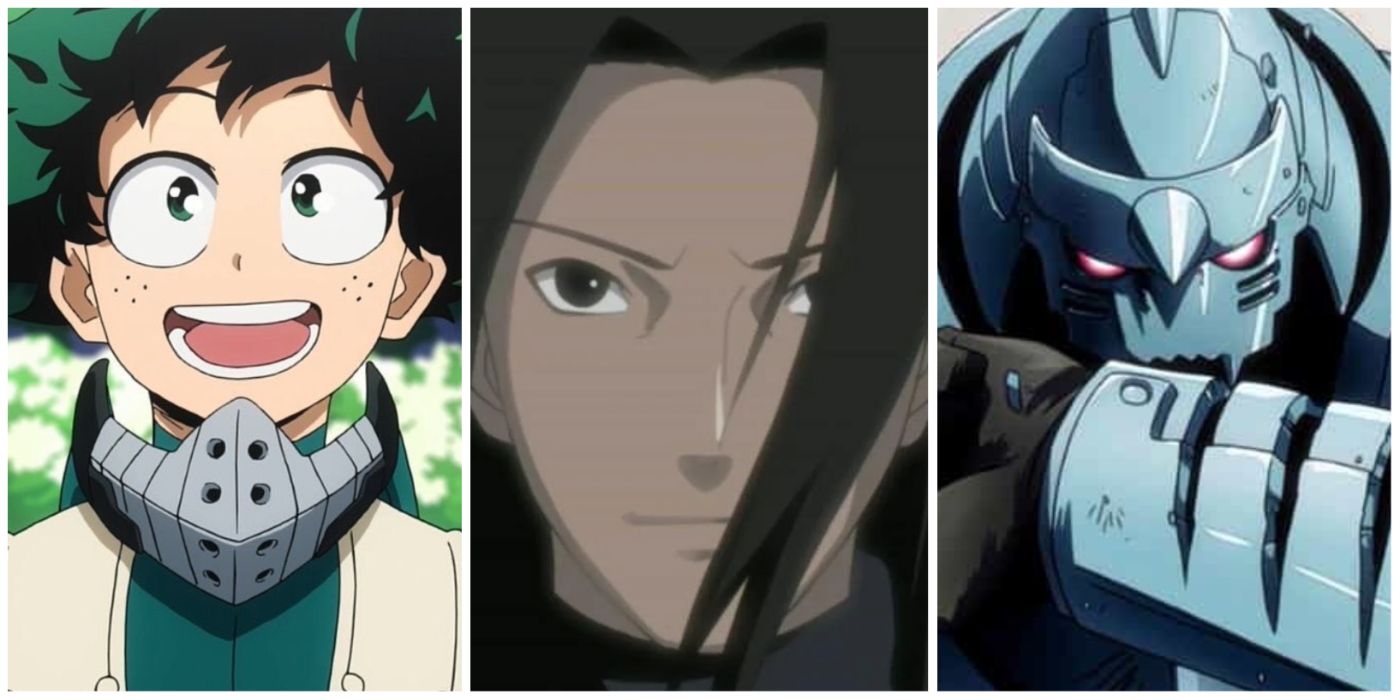 Many anime feel the need to subvert existing tropes by making its heroes edgy or brooding. Some go as far as to cast the main protagonist as the villain in a trend that has become increasingly popular over the years.

However, there are still dozens of anime characters who are polite and courteous, embodying the classic tenants of heroism that viewers have come to know and love. Through approaching situations with kindness and diplomacy in mind, they help to remedy dire situations before they get out of control and make themselves look even more noble in the process.

Suzaku was the pilot of the Lancelot in Code Geass. Kind and well-meaning, he hoped that his service to Britannia would endear elevens to their newfound masters. Additionally, the young man wished for his service to prove that anyone could rise within the empire’s ranks.

Given Suzaku’s unrealistically optimistic perception of his people and their role in Britannia, he was often at odds with the Black Knights. Regardless, he attempted to appeal to their sense of decency outside of combat and refused to leak Kallen’s identity.

Bleach‘s Orihime was arguably gracious to a fault. Unwilling to hurt anyone, she went as far as healing her former oppressors’ wounds after being captured by the Espada. This illustrates that even when Orihime is wronged, she goes out of her way to take the high ground.

Orihime’s reputation as a polite individual paid off when Grimmjow saved her so that she could prepare Ichigo for a proper duel. Considering that Aizen had other priorities, he wasn’t able to secure his captive and punish the renegade Espada member.

8 Alphonse Was A Knight In Shining Armor

Alphonse was easily the most benevolent hero of Fullmetal Alchemist. He approached most conflicts with an attempt to understand rather than prevail, never attacking preemptively even against Father’s homunculus. The young boy’s sense of restraint was necessary in order to counterbalance his brother’s excitable personality and ego.

He also uses his impressive durability in order to attempt reasoning with those who lash out at him. Alphonse understands that since he can take more abuse than typical humans, he might be able to present persuading arguments that most alchemists could not safely afford to.

7 Jonathan Joestar Was A Distinguished Gentleman

Of the main JoJo’s Bizarre Adventure heroes, Jonathan is handily the most conventional. He attempts to see the good in people and even gave Dio a chance after a stern lecture from his father about getting along.

When visiting London’s slums, Jonathan politely ignored Speedwagon’s attempt to kill him when attempting to identify whether or not his father was poisoned. Impressed by the man’s strength and chivalry, Speedwagon immediately consented to become his friend in what resulted with a multigenerational partnership. Even after Dio sabotaged Jonathan’s honeymoon, he still embraced him as a brother in the end.

Despite being thrust into the midst of Akame Ga Kill!‘s Night Raid organization, Tatsumi never forgot his humble beginnings or sense of chivalry. He treated the organization as if they were close friends even though they technically blackmailed him and was almost equally considerate of Esdeath.

Esdeath may have publicly humiliated and leashed Tatsumi, though he could still tell that she genuinely cared for his wellbeing. As a result, he made several attempts to convert her to the rebellion before the final battle erupted.

Although a brilliant tactician, Attack On Titan‘s Armin Arlert would much rather negotiate than fight. When the Warriors first betrayed Paradis, he attempted appealing to their humanity rather than immediately resorting to violence. Armin showed similar restraint when Marley attacked Paradis.

Despite their best efforts to obliterate his island home, he still could not condone Eren’s Rumbling and the innocent lives that would be claimed because of it. Armin almost never resorted to name-calling even though he lost his temper when Eren berated Mikasa.

4 Hashirama Did His Best To Appease Madara

The first Hokage of the Leaf, Naruto‘s Hashirama was responsible for much of the current story. Despite the numerous battles waged between the Senju and Uchiha clans, he ensured that they united rather than continue to weaken each other.

Although stronger than Madara at the time, Hashirama made multiple attempts to placate him so that their people could finally have peace. Violence may have always been a viable last resort to him, yet he always strived for a bloodless solution to their issues. Unfortunately, Zetsu made it so that a more permanent relationship was impossible.

3 Tanjiro Was Polite Even To Demons

Although suffering gravely by their hand, Demon Slayer‘s Tanjiro was surprisingly merciful and empathetic to the monsters he fought. Whenever making a kill, he treated his opponents’ demise with reverence, understanding that they likely did not start out as twisted as their current forms.

Tanjiro’s cordial attitude also extended toward his allies. He politely ignored Inosuke’s arrogant challenges and Zenitsu’s unwillingness to perform his responsibilities. The hero’s sense of patience unites his team and allows him to act as their leader.

2 Midoriya Strives To Be A Model Hero

Inspired by All Might’s example, Izuku Midoriya strives to be a model hero in My Hero Academia. To this extent, he endured Bakugo’s constant bullying and the rigors of multiple exams all without losing heart. Midoriya is equally gallant about protecting others as he is enduring trials.

After learning about what Overhaul did to Eri, he vowed never to back down from a challenge again when realizing that an innocent person was in trouble. Midoriya was so polite that he even validated Gentle Criminal’s insecurities after defeating him outside U.A High.

1 Nico Robin Is The Most Mature Straw Hat

Soft-spoken and kind, Nico Robin is the most gracious member of One Piece’s Straw Hat crew. She never squabbles with other shipmates and does not use her past as an excuse to behave out of line. Simultaneously, she isn’t bossy and domineering like Nami and will never physically lash out for perceived slights.

Classy and composed, Robin’s eloquence makes her an excellent counterbalance to some of the crew’s most audacious members. As one of the last people capable of reading poneglyphs, she’s also desired by virtually every captain on the high seas.

NEXT: One Piece: All Straw Hat Pirates, Ranked By Maturity