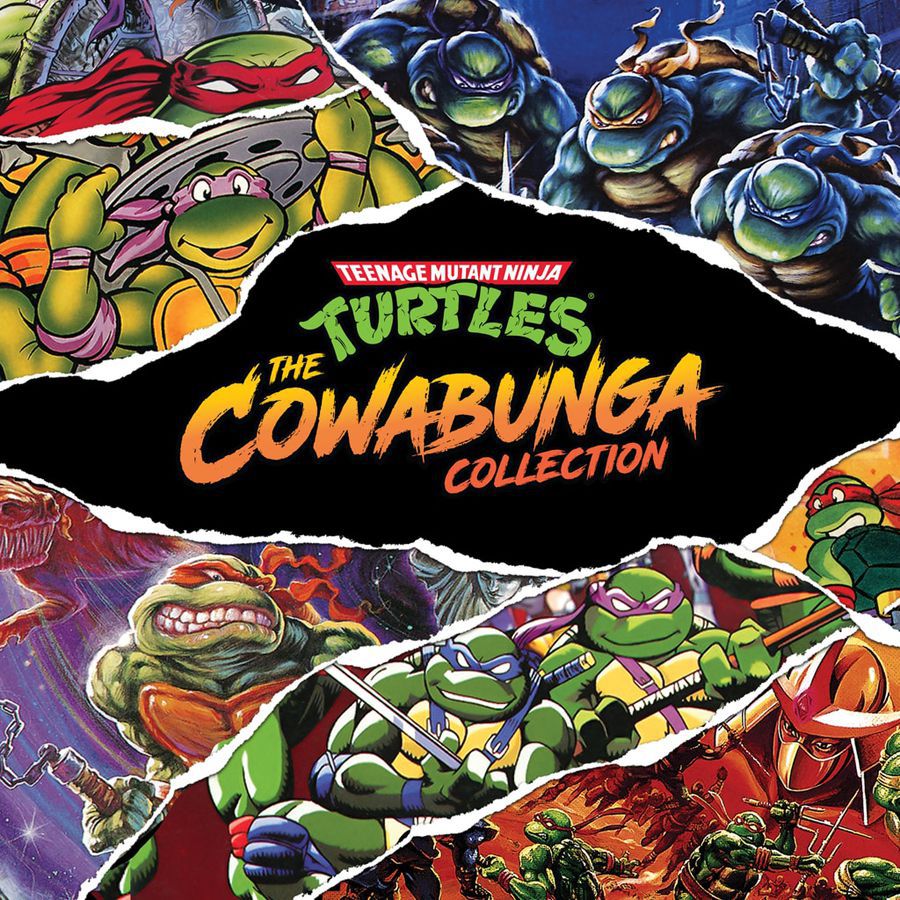 Are you a party dude? Are you cool but rude? Are you a leader, a reporter, a hockey player or a mechanic? With “Teenage Mutant Ninja Turtles: The Cowabunga Collection” you can be all of those and more.

Collecting all of the TMNT video games of the arcades, the 8-bit and 16-bit era of the 80s and 90s, “The Cowabunga Collection” features a whopping 13 games published between 1989-1994. For kids of that era, this was the golden age of gaming and Nintendo ruled supreme. Out of the 13 games on the collection, only 4 of them were not on a Nintendo system.

Some of these games are still named in “Best of” lists including “TMNT: The Arcade Game” and “TMNT IV: Turtles In Time”. Arcade brawlers were hitting their stride with games like “Bad Dudes” and “Double Dragon” and Konami wanted in on the arcade action. With the Ninja Turtles exploding onto the mainstream with the original animated series, young gamers were ripe for a combination of the two. When the arcade game was released in 1989, every kid in a pair of Batman Converse and acid wash jeans was dropping quarters into that machine, which featured four player action, cartoon voice clips and the epic theme song blasting when not in use. Shortly after the arcade release, the NES version of the game hit home consoles and the rest is history.

The obvious highlights of this collection are the games that most are familiar with: “TMNT: The Arcade Game”, “Turtles In Time” and “Tournament Fighters” but also included in this collection are the often-overlooked Game Boy games as well as “TMNT: The Hyperstone Heist” for the Sega Genesis. The first two Game Boy games are action side-scrollers but the third and final TMNT game for the original Game Boy, “Radical Rescue” was a Metroidvania-style platformer which found the player starting off as Michaelangelo trying to rescue his brothers by collecting key cards in order to progress through various closed off sections of the game. “Teenage Mutant Ninja Turtles: The Hyperstone Heist” was often mistaken as the Sega version of “Turtles In Time” but it was a brand new game entirely. It had half as many levels as “Turtles In Time” but the levels were longer, the story was new and there was even a grueling gauntlet battle against a slew of enemy bosses.

Regarding the arcade games released in this collection, it’s not the first time some of these games have been released to newer console generations, but the versions on “The Cowabunga Collection” come complete with online multiplayer as well as couch co-op. “The Hyperstone Heist” also comes with online two-player co-op to show some love to the Genesis fans of the era. Unfortunately, the most disappointing aspect of the collection is that the NES and SNES games do not feature any online play. I understand that the development of the feature may be extensive to include, but if they can add it to the other games for consoles of the same generation, how difficult would it actually have been to include? “TMNT IV: Turtles In Time” for the SNES is the most revered of all the TMNT games and it was left behind for “The Hyperstone Heist” according to developers because “they wanted to give Sega fans some love”. If it weren’t for Nintendo, there would be no “Cowabunga Collection” in the first place.

Putting aside the actual games in this collection, one of the coolest features included is something that Digital Eclipse is known for but has far outdone themselves with “The Cowabunga Collection” and that would be the digital museum. This aspect is a love letter to the games included with the collection as well as to the fans that grew up in this era of gaming. Not only are all of the game boxes and instruction manuals scanned in digitally, but there are also a ton of extra features such as concept and character artwork, a music player for select tracks from each game, comic book cover archives and…the absolute coolest tribute to the era…a “gaming magazine” section for each game. When accessed, the game-specific guide will give you fun facts, tips and tricks complete with videos of areas or items described all with that goofy TMNT flair. This alone is worth the price of admission.

While Digital Eclipse and Konami can’t give fans everything they wanted with this collection, it goes above and beyond what anyone could have imagined for it. While I had always wished for something like “The Cowabunga Collection”, I never would have thought that I would actually have it in my hand. In some ways it can be considered a museum piece, “The Cowabunga Collection” is a collection of games that are still fun and relevant 30+ years later. Being able to play the arcade games online with friends once again is a blast and to have four gaming systems worth of Teenage Mutant Ninja Turtles games in all their glory available at the touch of a button is totally radical! Fans of every generation of the Ninja Turtles on any console will enjoy this trip of gaming nostalgia. So grab some pizza (with or without worms and peanut butter), a Mountain Dew and a few controllers and put the evil Shredder and heinous Krang in their place.