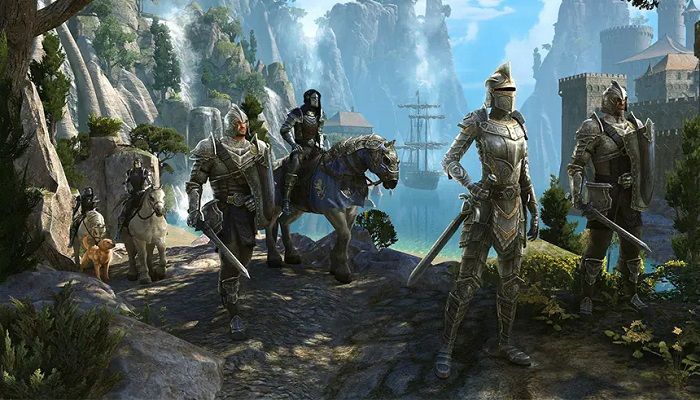 On July 11th, The Elder Scrolls Online will open up the PTS for August’s upcoming DLC, Lost Depths, along with Update 35 for the base game. Among the changes in that update is an overhaul of combat, and the ESO team has a preview of the design goals and what to expect for combat.

Combat changes and adjustments to gear aren’t new, but the coming revamp is intended to address a couple of particular issues. First, there’s some wildly overpowered damage production in higher-level combat that the team has already been working to balance. Additionally, they want to make combat more accessible and intuitive overall through tweaks like increased duration for ability effects like buffs and debuffs. This should affect output but also pacing.

With some players getting left behind by being effectively required to master weaving in combat, this can be an obstacle. The team isn’t looking to destroy the whole function and learning required to master this in play, but they want to close the gap and make content more accessible to a wider audience without closing the opportunity to improve if someone wants to make progress. To help with this, Light and Heavy attacks will see their damage be a flat amount, regardless of stats, with the update. This change will be accompanied by adjustments to gear and buffs.

On Light attacks, they note, “While testing these adjustments internally, we’ve seen a reduction of 6–11% to overall damage  [currently 15-20% of overall damage on average], which allows for a much smaller and healthier gap while still retaining the sense of mastery and expression of that mastery with weaving.”

Joining this change is the combat effects overhaul, which will increase duration of certain effects. In the name of balance, The ones that are extended will also see balance changes that affect there impact. For example, a damage over time ability will deal less damage per second if the effect duration is longer. Healing over time abilities will also be similarly adjusted.

The team is looking to get a first pass on the PTS, but will be focusing on balance by the time the final patch is ready and for several subsequent updates to come. This combat overhaul is a significant one, so if you’d like to see some of what to expect and help the devs hammer it all out before the patch next month, head over to The Elder Scrolls Online for more on the update and PTS.