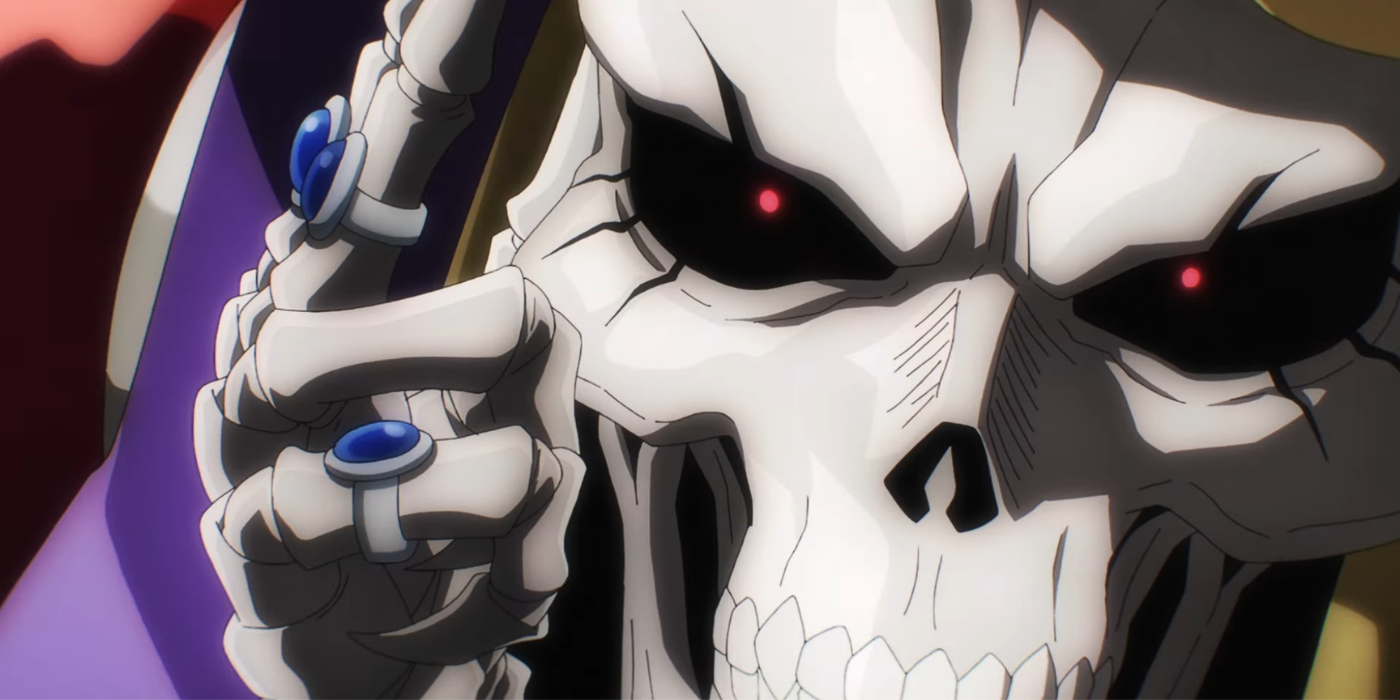 Kugane Maruyama’s dark fantasy isekai series Overlord enjoyed a succesful anime adaptation back in 2015, with three seasons available to watch on Crunchyroll. Set in the year 2138, Overlord centers on a highly popular virtual reality game called YGGDRASIL, a massively multiplayer online role playing game, or MMORPG for short. Its high reputation is a consequence of the fact that players can engage with its unlimited creativity, as well as being able to do countless things that are not possible in real life.

Despite the game’s success however, it is scheduled to cease activity after twelve years. Satoru Suzuki, known as Momonga in YGGDRASIL, is reluctant to sign out though, and would rather wait until the second the game shuts down. Unexpectedly, this results in him being trapped in the virtual reality game for good. After a long wait of nearly four years, Overlord is set to return with its fourth season this July. After such a long break, it’s necesarry to have a quick refresher on everything the first three seasons had to offer.

Related: How to Get Started With In Another World With my Smartphone

The story begins when Momonga founds out he is not logged out of the game like he expected — rather, he has been sent to an alternate world. On top of that, the non-player characters, or NPCS, have acquired their own self-awareness. With no way out, Momonga decides to do whatever he can to make the unfamiliar fantasy world his own, as well as trying to see if there are other players who are in the same situation, beginning with taking up the name of the guild he belonged to known as Ainz Ooal Gown in Season 1, Episode 3, “Battle of Carne Village.”

As time goes on, Ainz sets out to impersonating an adventurer as way for him to actively study the new world that surrounds him, while making new allies and enemies along the way. This includes his partner Narberal Gamma, Nfirea, whom Ainz is supposed to protect, and Clementine, who is determined to do anything for her own personal gain, as well as to assist her ally Khajiit Dale Badantel.

Ainz is then forced to fight his first real battle when Clementine suddenly abducts Nfirea. Although he is successful in defeating her and rescuing Nfirea, the battle is not yet over, as Shalltear Bloodfallen, who works in Nazarick, the guild’s building location, starts her own rebellion. When Ainz soon finds out that she is being mind-controlled, he sets out to defeat her and restore her consciousness. The season concludes with him being elevated to the highest adventurer rank.

Related: This Upcoming Villainess Reincarnation Anime Is a Guaranteed Hit

Season 2 begins with Ainz seeking to learn more about the world. After obtaining the loyalty of a species known as the Lizardmen, he finds out about an underground criminal organization known as Eight Fingers. Concerned for Nazarick’s safety following a multitude of events, Ainz decides to eliminate them. However, the plan goes haywire when Demiurge, also known as Jaldabaoth, unleashes his own attack on the human citizens. This is due to the fact that he does not believe that all species should be able to live together in harmony, much to the contrary of Ainz’s goal, as he wishes to create a world for everyone to get along.

Following these events, Ainz decides to start looking for a way to establish his own kingdom through Nazarick. This goal is put into motion when the Baharuth Empire, a neighboring kingdom consisting of humans led by their emperor Jircniv, agrees to help him. After witnessing Ainz’s massive power though, he decides to form a pact with other kingdoms to assist him in defeating Nazarick. However, he is quick to realize that Ainz will stop at nothing to achieve his goals, even if it means attacking his empire, so Jircniv instead chooses to help him in taking over a human-populated city called E-Rantel.

Ainz easily succeeds as he defeats thousands of troops with just one spell. Upon seeing that they cannot win, E-Rantel surrenders, allowing Ainz to officially announce the initiation of the Sorcerer Kingdom. As this shows how ambitious Ainz is when it comes to creating his own kingdom, it is likely that fans will see him continue to achieve his dream of maintaining a society where all species can coexist in the following season.