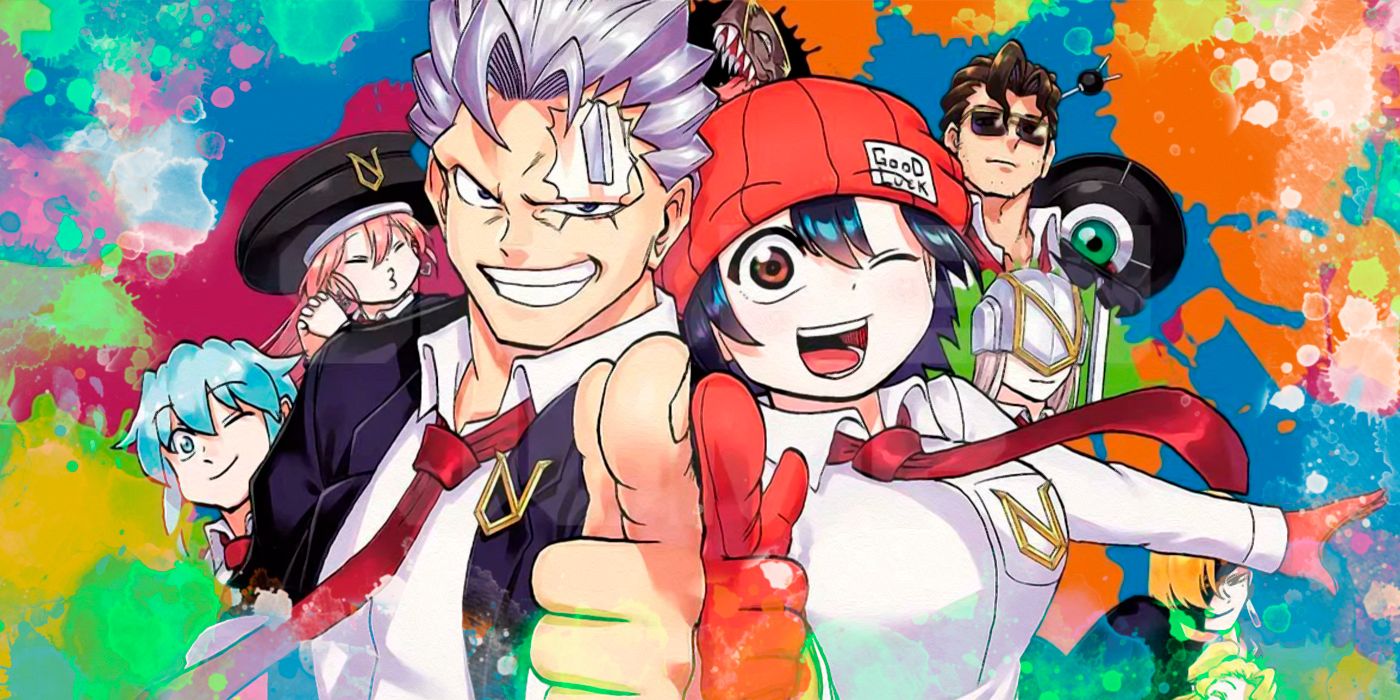 The Undead Unluck anime is officially in production. It’s expected to release some time in 2023. This is joyous news for readers of the manga, but anime-only fans may still be uncertain about what this all means. Here’s what the uninitiated need to know about Undead Unluck before its anime release.

RELATED: Urusei Yatsura: What New Fans Can Expect From the Rebooted Classic Anime

The series primarily follows two main Negators, humans with powers that undo the natural laws of the universe. The first to show up is 18-year-old Fūko Izumi. With her ability Unluck, she causes mishaps to happen to anyone who touches her. The more she loves someone, the worse their luck becomes; she accidentally killed her parents with this unfortunate ability.

The other main Negator is Andy, the holder of Undead. Since he can’t age nor die, he searches the world for a way to kill himself. Also, while an ability like not dying would normally be used solely for defense, this series found some cool and unique ways to give Andy offensive capabilities, too.

Andy believes that if he can make Fūko fall in love with him hard enough, the resulting wave of Unluck will be powerful enough to finally end his life. She summoned a meteor with a peck on the cheek, so he might be on to something. Thus, the overarching story revolves around the budding romance between Fūko and Andy as they look for a way for the latter to know the sweet embrace of death.

RELATED: My Hero Academia: Everything to Remember Before Season 6’s Fall Premiere

Along the way, they join, Union, an organization led by even more Negators. Their goals revolve around the capture and defeat of UMAs, powerful creatures that embody the laws of the universe. They must complete these tasks as assigned by Apocalypse, also known as the Book of Revelations. If they fail, they bring the world one step closer to Ragnarok.

New audiences can expect a wild ride from this series. There are reality-defying fights, eccentric characters, and a setting that manages to incorporate aliens, jiāngshī (Chinese vampires), the Old West, the year 1865, and even God. A series like this may seem like it would be all over the place, but it actually manages to provide an intricately woven story and a likeable main cast.

Yoshifumi Tozuka has had new chapters of the manga published in Shōnen Jump since January, 2020. The anime announcement came in the latest issue along with Chapter 124, “Andy.” A promotional poster was also included in the magazine. The series will be animated by David Productions (Fire Force, JoJo’s Bizarre Adventure) and produced by UNLIMITED PRODUCE by TMS.

The anime should prove to be a wild ride for manga readers and newcomers alike. Not only is it an awesome story, but it will be animated by a great company and thus get the love and attention it deserves. To put it in Andy’s words, this series is going to be sick. Wicked sick.