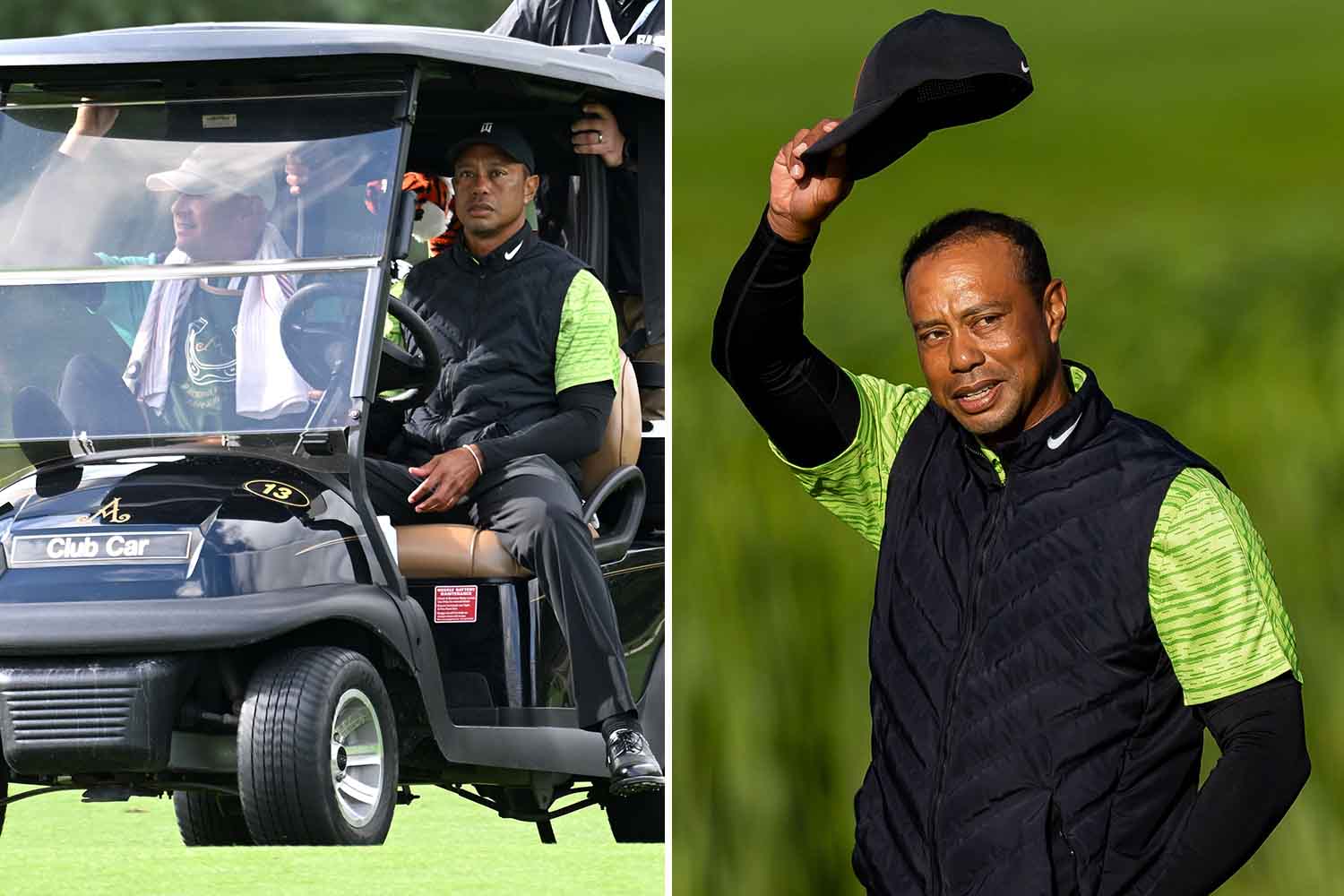 TIGER WOODS’ chances of playing in the Open next week look grim, after he was forced to use a buggy on his return to the game.

Woods also hobbled and grimaced as he climbed out of the golf cart to hit each shot at the all-star JP McManus Pro-Am in Ireland.

This was his first public outing since he limped out of the USPGA Championship in May, when a painful third round 79 convinced him it was pointless prolonging the agony into the final day.

Woods, 46, missed the US Open last month to continue his rehabilitation from the gruesome injuries he suffered in a car crash 17 months ago.

The 15-time Major champion admitted he was lucky not to lose his right leg after crashing through a barrier and rolling his car over several times.

He made a miraculous return to golf at the Masters in April, making the cut and immediately promising British fans they would see him at St Andrews for the historic 150th Open. 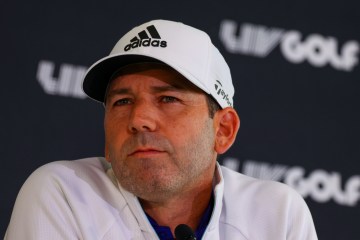 Woods clinched two of his three Claret Jug triumphs at St Andrews – in 2000 and 2005 – and says it is his “favourite course in the world”.

But despite suggestions that his decision to use a buggy was a sensible precaution, Woods has always been reluctant to show any signs of weakness in public.

And you had to feel sympathy for the members of the Smurfit family – former owners of the 2006 Ryder Cup venue, the K Club – after they paid a reported one million euros to play alongside Tiger in the charity fund-raiser.

They were restricted to the occasional bit of banter around the greens, with Woods lining up putts and shouting a few words of encouragement.

Woods had arrived at Adare Manor – the venue for the 2027 Ryder Cup – in glitzy style, touching down in a helicopter after flying in from Florida.

And despite the presence of nine of the top ten players in the world, he was undoubtedly the star attraction.

World No 1 Scottie Scheffler looked at the 40,000 strong crowds and declared: “There’s way more people here than I was expecting.

“I guess some guy named Tiger is playing.”

The crowds following Woods’ group dwarfed those sticking with Scheffler and world No 2 Rory McIlroy, who is usually the biggest draw in these parts.

But unless he looks a different man in today’s second round of this 36 hole event, it seems unlikely the record 290,00 spectators who have tickets for St Andrews will see him in action.