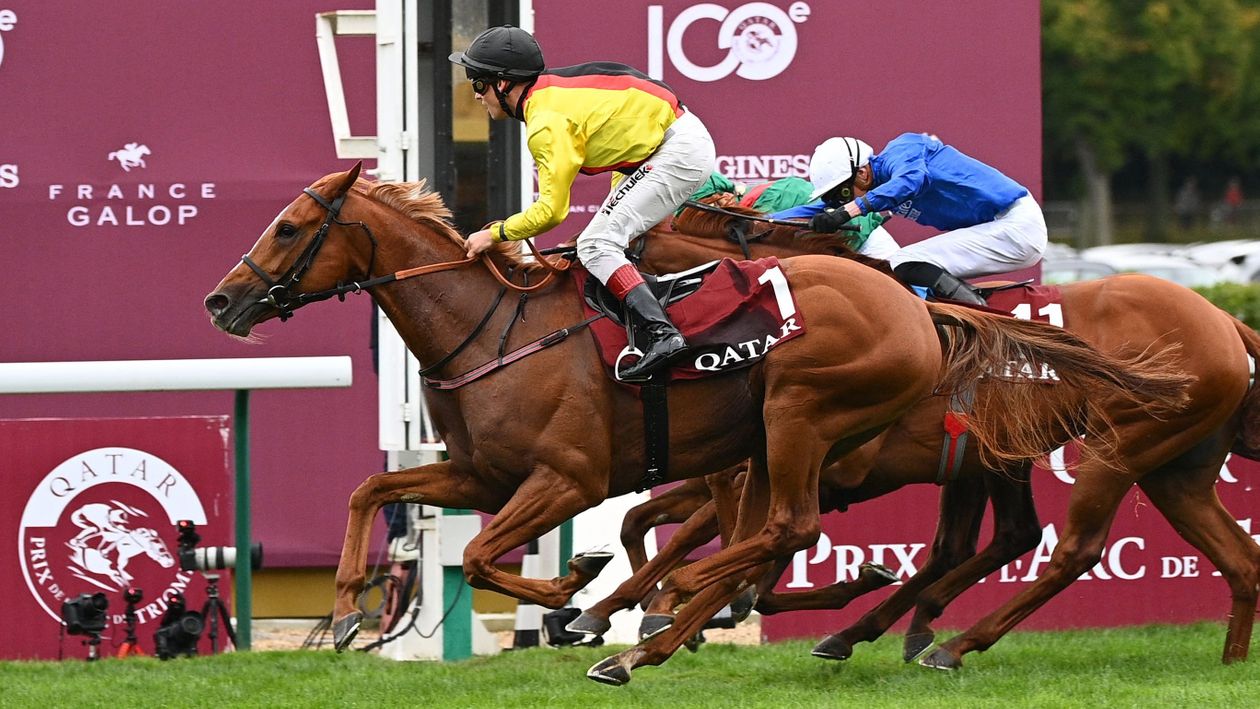 Frankie Dettori and Torquator Tasso were narrowly denied in their quest to land the 152nd Wettstar Grosser Preis von Baden – with the evergreen Italian also handed a 14-day ban for misuse of the whip aboard the defending Prix de l’Arc de Triomphe champion.

Dettori, who had been touched off in the Group Two Brunner-Oettingen Rennen earlier on the card, was adjudged to have struck Torquator Tasso six times which is one over Germany’s permitted limit of five.

The ban will run from September 18 to October 1 inclusive, which means he is free to ride in the St Leger next Saturday and also the Arc itself on October 2, where he will be attempting to enhance his fine record in the French capital aboard last year’s winner.

The race was won by Torquator Tasso’s usual pilot Rene Piechulek, who has ridden the runner-up in his last six appearances, including when landing this Baden-Baden Group One 12 months ago, before the duo moved on to ParisLongchamp glory.

However, he was claimed to ride Frau Steinberg’s Mendocino as retained jockey to owner Stall Salzburg and produced a fine ride to edge out the favourite in a photo finish.

Anchored at the back of the field for much of the way, Piechulek made a race-winning move by bagging the stands rail once push came to shove in the home straight, and although Dettori made use of every ounce of Torquator Tasso’s proven stamina, it was not enough to stop the outsider of the field coming out on top.

It was the four-year-old’s first victory since scoring at this meeting last year and he was also winning a Group One at the first time of asking. German Derby winner Sammarco put down a strong challenge at one stage, but ultimately had to settle for third.