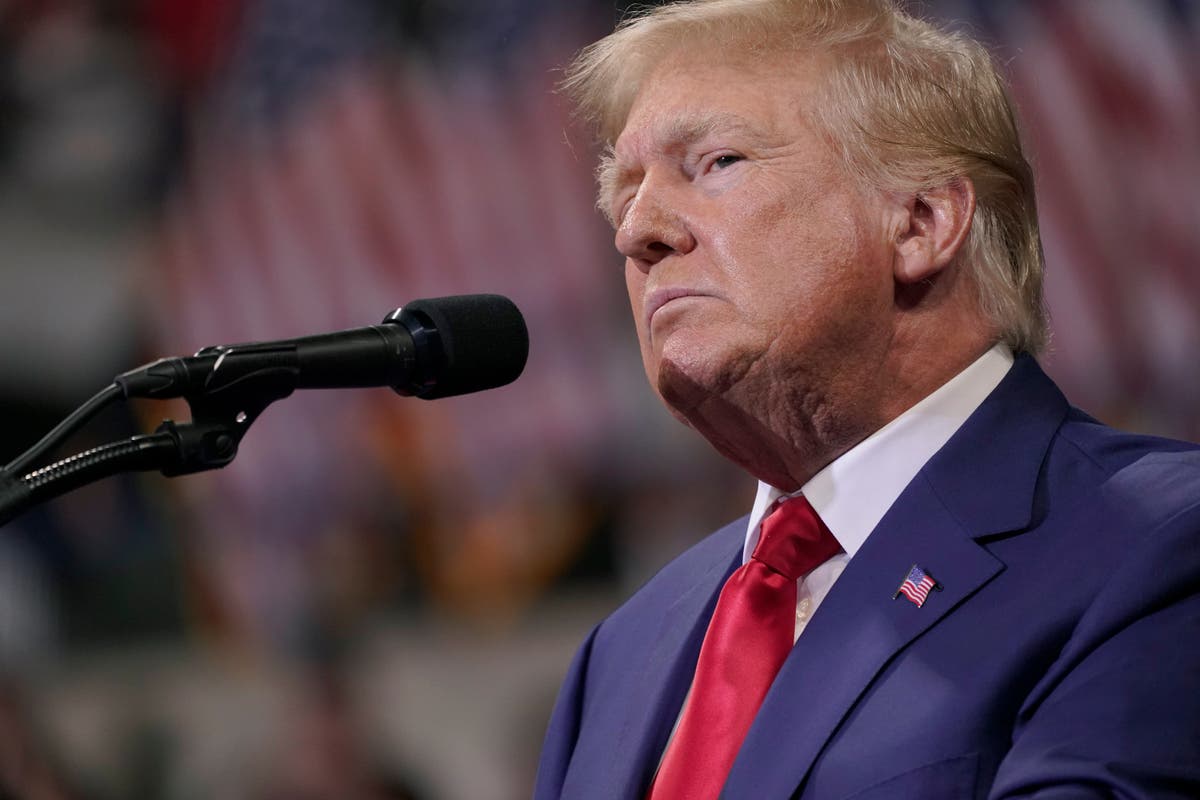 Donald Trump held a rally in Wilkes-Barre, Pennsylvania, on Saturday where he appeared to briefly forget that he is no longer in the White House.

The ex-president was sharing an anecdote about Facebook founder Mark Zuckerberg when he bizarrely suggested that the Meta CEO had attended a dinner at the White House as his guest “last week”.

“Last week, the weirdo — he’s a weirdo — Mark Zuckerberg came to the White House, kissed my ass all night,” said the president

The strange story appeared to recall Mr Trump’s memory of a 2019 dinner that Mr Zuckerberg and fellow tech billionaire Peter Thiel, known for his bankrolling of right-wing candidates, attended at the White House.

It’s unclear why Mr Trump thought the long-past dinner had occurred “last week”, or whether Mr Zuckerberg had indeed lavished compliments on the president. The Independent has reached out to Meta for comment on that matter.

It’s even more bizarre that the president would suggest that the CEO of Facebook told him that he is currently “number one” on the platform, given that he’s been banned since early 2021.

Mr Trump’s rally on Saturday was his first campaign-style gathering since the FBI’s execution of a search warrant for classified materials at Mar-a-Lago last month.

The serious and deepening criminal investigation’s weight on Mr Trump’s mind was evident at the rally as he railed against the FBI and Biden administration, before denouncing the president as an “enemy of the people”.

The FBI and Department of Homeland Security, meanwhile, have warned in recent weeks that the number of threats being witnessed on social media against federal agents has skyrocketed since the Mar-a-Lago raid.