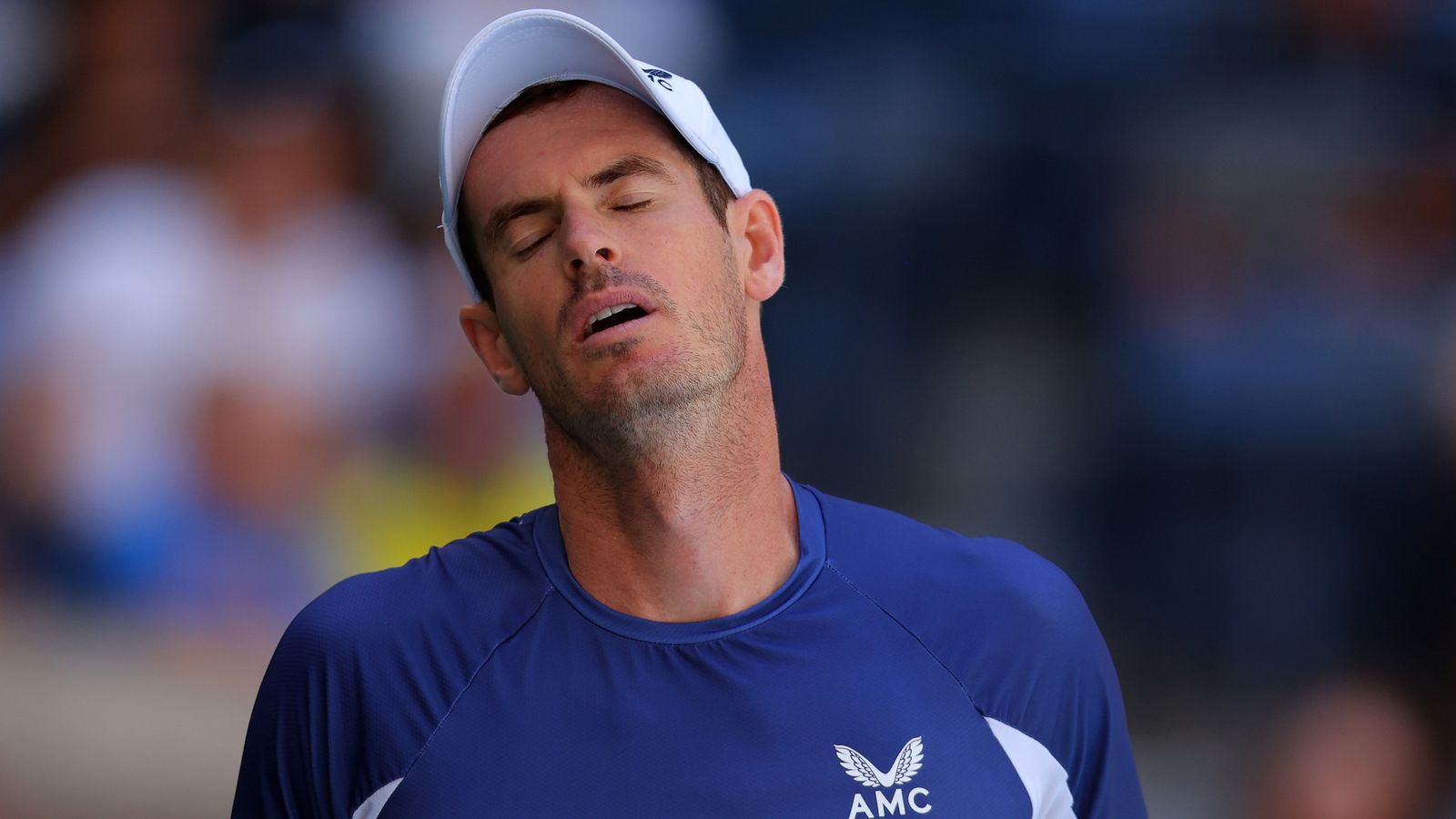 Andy Murray suffered more Grand Slam agony with a frustrating four-set defeat to Matteo Berrettini in the third round of the US Open on Friday, while young Jack Draper retired injured during the third set of his clash with Karen Khachanov.

The Scot is at least edging back up the rankings and should hit his highest mark since May 2018 at around 43, but his ambitions remain much bigger than that and this is another season where he has been unable to make a mark at the majors.

The Scot said: “It’s really difficult. I’m surprised I’m still able to compete with guys that are right up at the top of the game.

“Matches like this, I’m really proud that I have worked myself into a position where I’m able to do that. I’m really disappointed that I didn’t get over the line today.

“But I get reminded, ‘this is the first time you’ve made the third round here since 2016’. It’s been a difficult six years for me. It’s been really hard.

“Although I’ve only made the third round here, I’m really proud of that effort that I put in to get myself back into these positions. I’m hoping that in the future I can go further but, considering, I did all right.”

Murray had talked positively about his fitness and movement after dropping just one set in his first two matches to make it through to the third round in New York for the first time since 2016.

This was a real step up, though. Berrettini has had injury and illness problems himself this year but is a proven performer at the Grand Slams in particular.

He has made at least the quarter-finals at the last four major tournaments he has played, although he missed the French Open this year following hand surgery and then Wimbledon, where he reached the final last summer, after an ill-timed bout of Covid-19.

There was little to choose between the pair in the opening set but a double fault from Murray on break point in the seventh game proved the decisive moment.

The Scot then recovered from an early break down in the second and appeared to be gaining ascendancy from the baseline only to again be broken on a double fault, this time at 4-4.

Murray threw his racket towards his chair in disgust as he found himself staring at a two-set deficit.

The 35-year-old has not fought back from two sets down to win a match since a clash with Yoshihito Nishioka here two years ago, which he admitted this week took him months to recover from.

He dug in admirably at the start of the third, saving five break points in his first three service games, and a pumped up Murray yelled in delight when he withstood more pressure to hold for 6-5.

He got his reward for that tenacity in the tie-break, with Berrettini choosing a bad moment to play his worst tennis of the match, losing seven points in a row.

The comeback really appeared to be on when Murray broke the powerful Berrettini serve in the opening game of the fourth set but the Italian hit back straight away and another lapse from his opponent at 3-4 was the final nail.

Murray said: “I served pretty poorly for a large part of the match, which hurt me a lot. I just couldn’t find any rhythm on serve.

“I hung in really well in the third set and you could see from the stats that, when I was getting into rallies, I was getting comfortably the better of those exchanges when I got past the first few shots.

“He served extremely well, got loads of free points on his serve. I didn’t. That was the difference.”

Murray will head home before turning his attention to Britain’s attempt to qualify for the Davis Cup quarter-finals in Glasgow later this month and then the Laver Cup at London’s O2.

He remains positive, saying: “I’m improving this year. I want to push and see how far I can go.

“We’ve got a couple of fun team events to look forward to now in the next few weeks, which can help after a loss like today, being around friends and the team environment, so I look forward to that. And then hopefully I continue to play better through to the end of the season.”

Britain’s Draper saw his fine run at Flushing Meadows end in disappointment when he retired injured during the third set of his third-round encounter with Karen Khachanov.

The 20-year-old pulled off the biggest victory of his career in the second round, beating sixth seed Felix Auger-Aliassime, and was well placed against Russian 27th seed Khachanov after recovering from a slow start.

But Draper began to show discomfort early in the third set and, after dropping serve in the 11th game and consulting with the trainer, he called it a day, trailing 6-3 4-6 6-5.

He said: “It was just the top of my hamstring, the insertion between the hamstring and the groin. I’ve had problems with it before, and maybe this time it was just a lot of tennis I’ve played in the last seven weeks just caught up a little bit on me.

“I think I did it 2-0 in the third. I went out to a wide ball and I just felt a twinge. I feel like, when you strain something and it’s getting worse, there is just no going back from that, really.

“Especially at this level, you can’t compete if you’re injured. It was a tough one.”

Draper was not too downhearted, though, saying: “I think there is a lot of positives I can take from the match but I think the main thing is that I still need to improve my body. My body is just not ready to go really deep in this tournament.

“This is my second Slam on merit. It’s very different playing the five-set matches. I’ve beaten a couple of really good players, and I felt like today I was coming back. I would have had a chance to win that match if I was injury free.

“I can be very positive about the year I’ve had so far as well. When I look back, I was thinking about stopping tennis during Covid. So, to think I’m here now and I’ve broken the top 50 this week, I’m very proud of myself.”