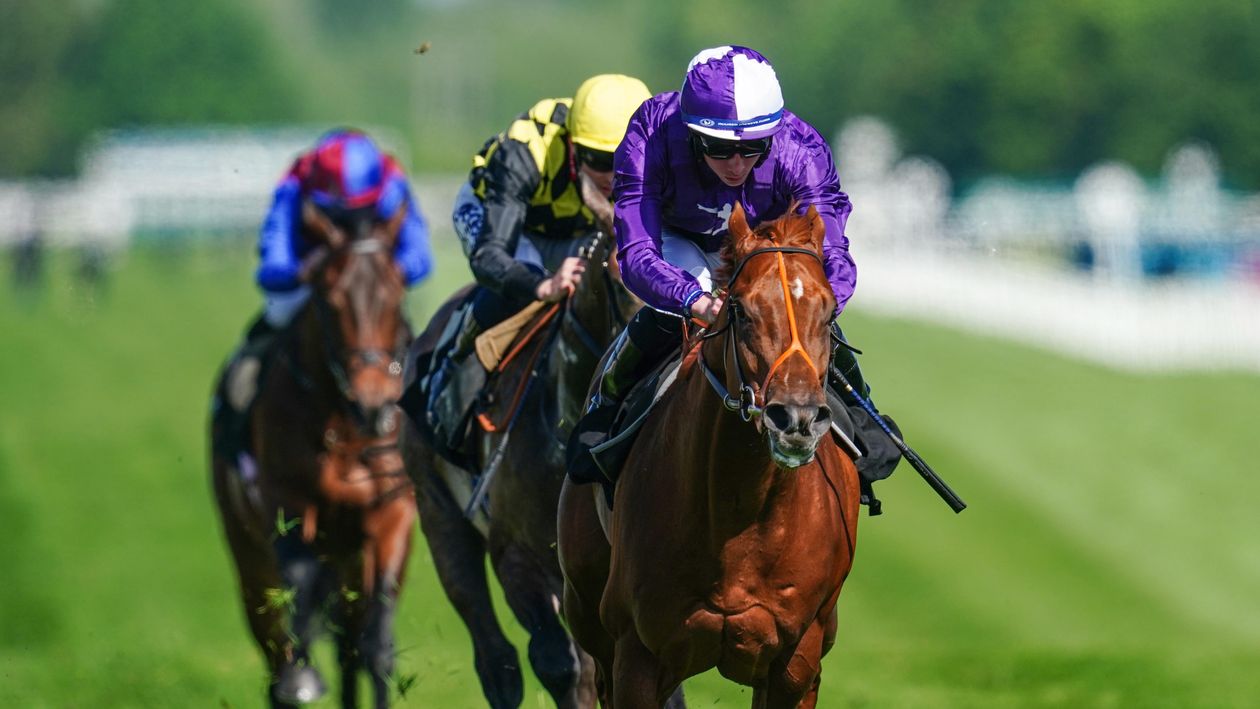 Views from connections ahead of some of Thursday’s key races as the three-day July Festival gets under way at Newmarket.

Coventry Stakes runner-up Persian Force has the chance to enhance the Hannon family’s fine record in the Close Brothers July Stakes when he represents the Herridge Stables team at Newmarket’s July Festival.

Richard Hannon senior won the Group Two contest six times during his training career, while his son has picked up the baton and taken home the prize on a further three occasions, including 12 months ago with Lusail.

Persian Force goes into battle for the Marlborough-based handler this time and the Royal Ascot silver medallist must have a fine chance of adding his name to the roll of honour if repeating his impressive form this season.

Having kicked off the season in style with a blistering display in the Brocklesby, he proved six furlongs was no problem when stepping up in trip at Newbury, before losing nothing in defeat at the Royal meeting.

“He ran a very good race at Ascot, we were delighted with him and he’s come out of the race fine,” said Hannon.

“It looks a pretty good race, but it’s the right spot for him. His sire Mehmas was second in the Coventry before going on to win the July Stakes, so I’m hoping he can do the same.

“He’s got the right profile going into the race and he is still the horse we hope he is. So, you would like to think he has a strong chance and on form he has as good a chance as any of them.”

A little further back in the Coventry Stakes was Richard Spencer’s Waiting All Night, who enjoyed the step up to six furlongs on that occasion to outrun odds of 150-1 and finish fifth.

His handler believes this distance should prove perfect for the son of Rajasinghe and is hoping for another big performance.

“We thought he would run better than his odds suggested in the Coventry because he had run well over five and was only just getting going when he hit the line, but he hit the line strong,” said Spencer.

“He’s very much like his father, he eats and sleeps and does everything you ask of him, so if he can run a similar sort of race to the last day in the Coventry, he should run well.”

Aidan O’Brien won this in both 2005 and 2019 and his hat-trick-seeking Little Big Bear must hold strong claims following his win in the Windsor Castle Stakes at Royal Ascot, while Brave Nation will be seeking compensation having been one of the horses inconvenienced by the interference caused by The Ridler in the Norfolk Stakes.

“He was the meat in the sandwich in the Norfolk and the step up to six (furlongs) and the track should suit him, so we’re hoping for a big run,” said Brave Nation’s trainer Michael Bell.

“The Coventry runner-up and the winner of the Windsor Castle are both very worthy opponents to name but two, so it won’t be easy, but he should run very well.”

Charlie Appleby’s Mysterious Night was one that skipped Ascot’s summer showpiece but the twice-raced Newbury winner has looked a smart operator so far on track and is representing a yard with a fine strike-rate in two-year-old races this term.

The eight-strong field is completed by Michael O’Callaghan’s Irish raider Harry Time, Brian Meehan’s Show Respect and Adrian Nicholls’ King’s Crown, who all finished down the field in the Coventry Stakes and will be looking for a step forward on the July Course if they are to make their presence felt.