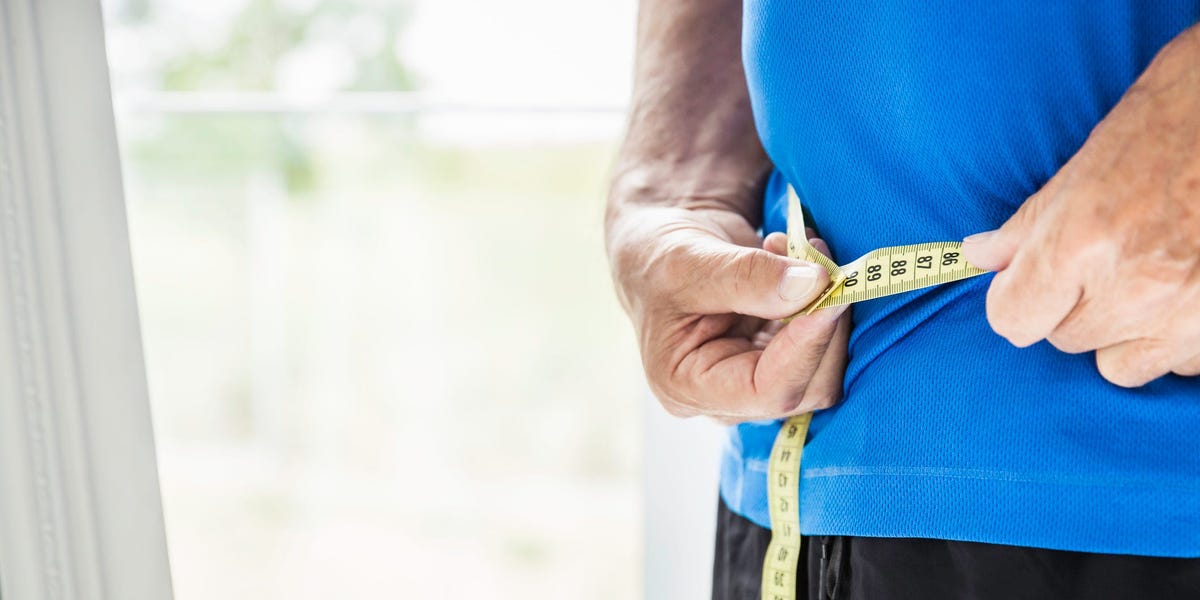 Forget BMI — there may be a better way to help assess your health risks via your body composition, according to new research presented at the annual meeting of the European Association for the Study of Diabetes.

Researchers from University College Cork and McMaster University in Canada analyzed data from more than 380,000 white UK residents, looking for associations between high body fat, where that body fat was stored, and risk of early death.

They found that, consistent with previous research, higher levels of body fat were linked with a higher risk of early death.

However, an even stronger link was found between health risks and a high waist-to-hip ratio, which is a more specific measure of fat stored around the abdominal area, including the organs.

The new research findings could help address a major limitation of trying to measure health risks using body mass index (BMI), the ratio of height to weight, according to Irfan Khan, lead researcher on the project and a medical student at University College Cork.

“It doesn’t consider where fat is stored – whether it’s accumulated around the hips or the waist. As a result, BMI doesn’t reliably predict risk of disease or mortality,” Khan said in a press release. “This could mean that someone who has accumulated fat around their waist will have the same BMI as someone of the same age and height who stores their fat around the hips, despite the health risks of abdominal fat.”

BMI has previously been criticized by some doctors for being an inaccurate measure of individual health, since it doesn’t account for other variations in weight, including genetics, muscle mass, and more.

In contrast, waist-to-hip ratio can help indicate a higher percentage of abdominal fat such as visceral fat, which occurs around the organs such as the heart, according to the researchers. High amounts of visceral fat around the heart and other organs is linked to an increased risk of heart disease and other potentially fatal conditions, regardless of BMI, previous research suggests.

As a result, a higher waist-to-hip ratio may identify people at higher risk of chronic illness, while a lower waist-to-hip ratio was associated with lower risk of early death in the most recent study, the researchers found. The new evidence could help provide better care and improve outcomes for patients, according to Khan.

“A more accurate measure of a healthy body shape may make a significant difference to the ill health and deaths caused by type 2 diabetes, heart disease, some cancers and numerous other conditions,” he said in the press release.