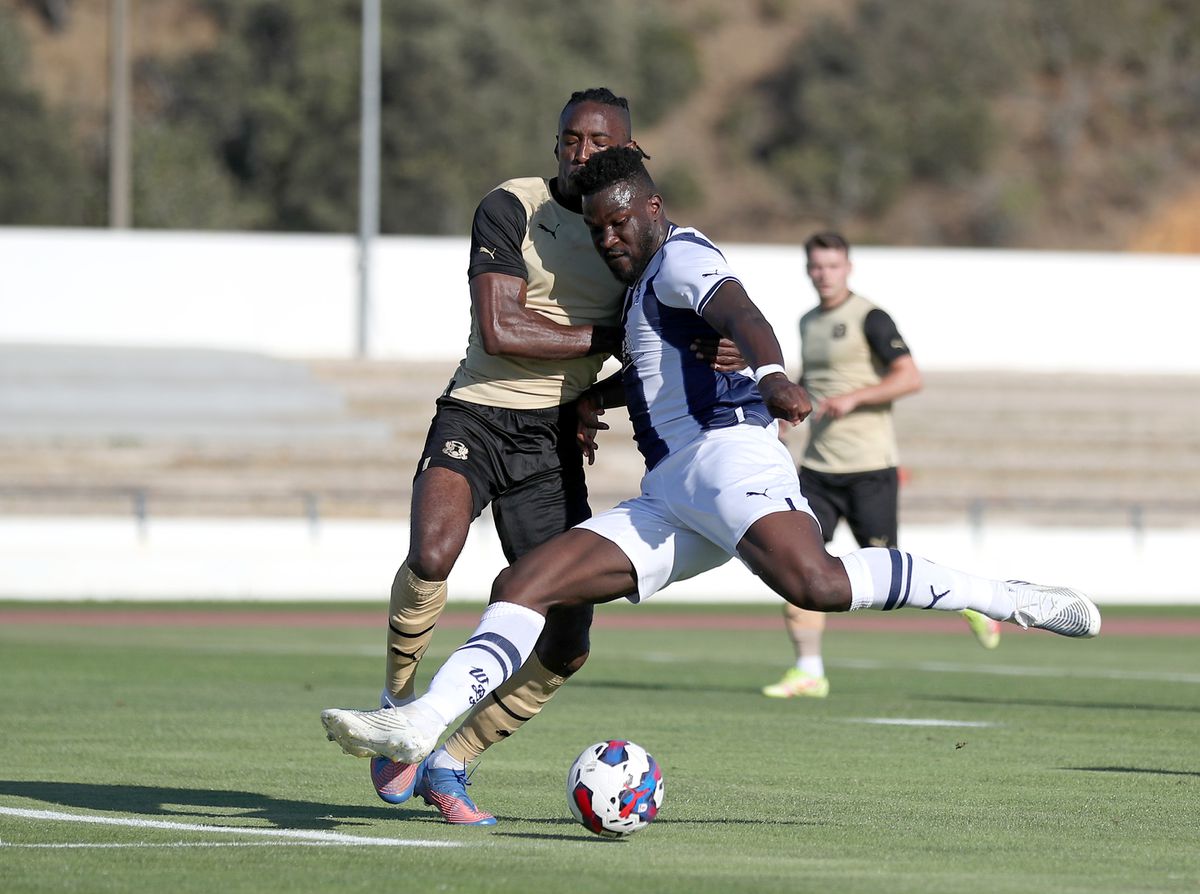 Steve Bruce and his players have spent the past 10 days undertaking a grueling, warm-weather, training camp in Portimao.

And they closed out their time in the sun by taking on League Two Orient in their first friendly ahead of the 2022/23 campaign.

The hard work they have been doing over the past week showed in the first-half as they put in a dominant display against Richie Wellens’s men.

But they only had a solitary goal from Conor Townsend to show for their efforts with Semi Ajayi and Matt Phillips both missing excellent chances to extend their lead further.

Manager Steve Bruce opted to make 11 changes at the interval. And it was another left-back who got himself on the scoresheet – with youngster Zac Ashworth scoring with a brilliant drive from just inside the box.

Overall, the second-half proved to be a lot quieter than the first despite Albion fielding an attacking side that included new recruits John Swift and Jed Wallace.

And the Baggies went on to gift Orient a bizarre, late, consolation when Cedric Kipre inexplicably passed the ball into his own net.

On the plane home, though, Bruce will look back the game and feel there were plenty of positives – with the Baggies controlling proceedings throughout and Orient barely troubling them defensively.

Playing in 24 degrees and without a hint of shade, Albion began the match in a traditional 4-4-2 formation.

The system saw David Button start in goal with Ajayi partnering Dara O’Shea at the heart of the defence and Taylor Gardner-Hickman and Townsend at full-back.

In midfield, Phillips started on the right wing with Adam Reach on the left and Jayson Molumby and Alex Mowatt central.

Up front, Daryl Dike was partnered by Kenneth Zohore.

In what proved to be a frantic start, Orient had a glorious chance to open the scoring inside the opening few minutes when they were awarded a penalty for what appeared a dubious handball.

But former Luton man George Moncur saw his spot-kick saved – with Button guessing right and getting down well to push the ball away.

Just moments later Albion got themselves ahead with a well-worked team goal.

Reach and Townsend combined intelligently down the left before the ball was worked across the pitch to Phillips on the right-hand side.

And he then delivered a dangerous cross which Townsend side-footed home from close range.

Orient had a good chance to pull level shortly after when Mowatt was robbed of possession in a dangerous position by Darren Pratley – with the midfielder then finding himself in on goal.

But the 37-year-old wanted too much time and eventually saw a low drive deflect narrowly past the post.

That moment aside, Mowatt, looked bright with Albion proving to be a class above their opponents even if it was their first outing of pre-season.

And they should have gone into the break with a bigger lead – with Ajayi firing straight at Lawrence Vigouroux from a corner and Phillips also denied by the keeper.

Overall, though, the half had proven a good workout for the Baggies with O’Shea organising the side well and Townsend, Phillips, Reach and Dike all having bright moments.

Bruce opted to completely change his XI and system at the break with the Albion returning from the interval in a 4-3-3 formation.

Skipper Jake Livermore was the deepest of three central midfielders with Callum Robinson and John Swift operating as eights either side.

Jed Wallace started on the right flank with Grady Diangana on the left and Karlan Grant the central striker.

It took Albion’s new-look side just six minutes to extend their sides lead.

After Diangana pounced on a loose pass, the ball was worked to Swift who found Ashworth with a clever back-heel.

And from just inside the box, the youngster powerfully drilled the ball into the top corner.

Albion should have extended their lead further with around 20 minutes left to play when Grant went through on goal only to fire wide.

Overall, the second-half proved quieter than the first – with Swift the player who arguably caught the eye most for Albion.

And in closing stages, Bruce’s men gifted Orient a bizarre goal from nothing.

From a goal-kick, Griffiths passed the ball to Kipre who then looked to return it to his keeper before he came under pressure.

Instead of finding his teammate, though, Kipre – who was just yards out – passed the ball straight into his own net for a comical own-goal.