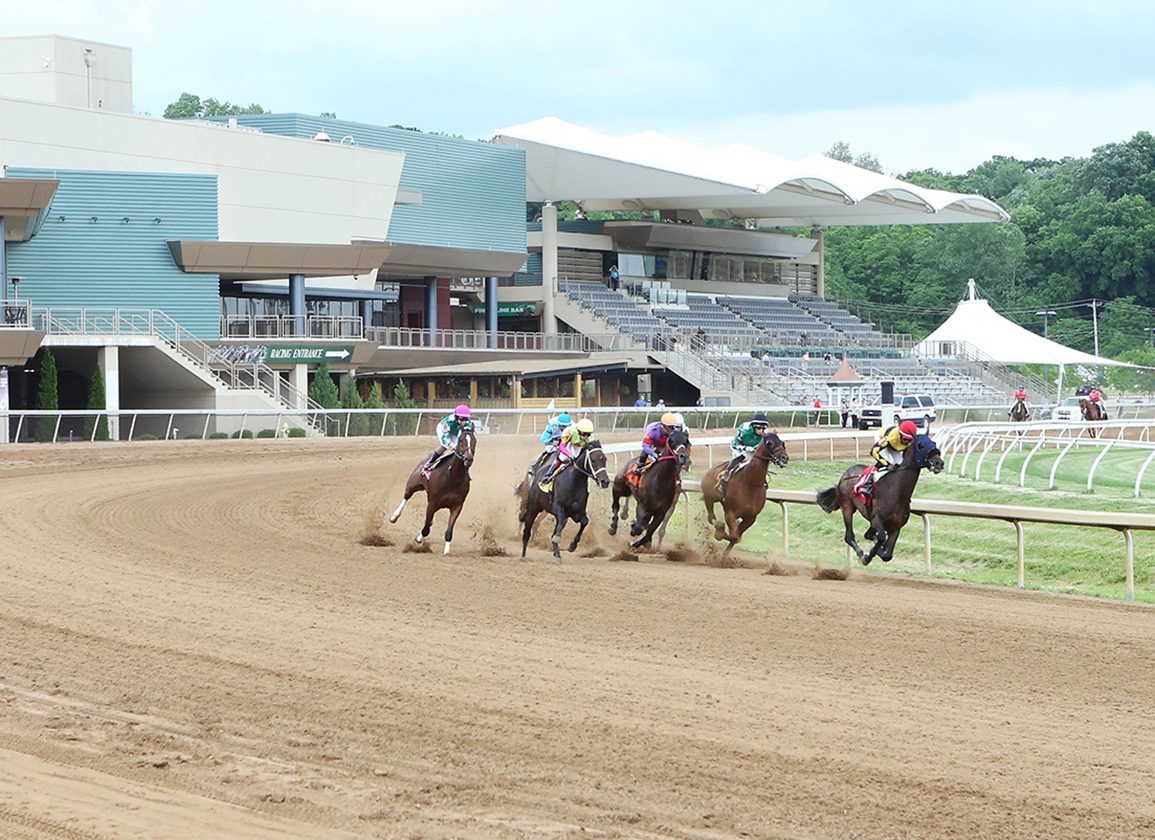 Since the advent of the simulcasting era 30 years ago, I’ve never understood why some enterprising track somewhere hasn’t seized a late-morning first-post slot and carved out its own niche at a time of day when no other pari-mutuel competition on the continent is running.

Be it midweek in the winter, when most of the fair-to-middling Eastern time zone tracks do little to distinguish their products, or as a Saturday special during the summer when some C-level track could have an uncontested advantage for several hours as a lead-in to the attention-grabbing cards at Saratoga, the 10 a.m. to noon Eastern stretch remains an uncharted chasm.

Four years ago this month, shortly after the legalization of sports betting in the United States, I wrote a morning racing-related column for TDN that stated, “The time slot is there for the taking. In real estate, the money-making mantra is ‘location, location, location.’ The equivalent in simulcasting–if you’re not a top track on the totem pole–is ‘timing, timing, timing.’”

The revisit of this topic will tack on a slight correction to that 2018 story: The late-morning time slot is no longer completely wide open in terms of the overall wagering landscape. Major League Baseball (MLB) now sees Sunday morning starts at 11:30 a.m. Eastern as a lucrative opportunity.

Although the Sunday morning baseball games debuted with a soft-ish launch, MLB has inked a multi-year deal to lay claim to that time slot (some of the games later in the season will begin at noon, which is still at least an hour earlier than most traditional afternoon starts).

The streamed-only games can only be viewed by online subscribers who pay a monthly fee to watch them. And while MLB revenue executives are championing the early starts as a way to reach new fans outside of cable TV as viewing habits change, the unspoken but obvious message is that pro sports are staking out new territory, time-wise, to maximize revenue from gambling partnerships.

The National Football League figured this out with Monday Night Football broadcasts back in 1970. Although critics were initially skeptical that viewers would tune in to watch (and although it was illegal at the time, bet on) whatever two teams happened to be matched just because it was the only action on the tube, Monday Night Football eventually morphed into an eyeball-capturing juggernaut that spawned only-game-in-town football broadcast strategies on Thursday and Sunday evenings.

A heat wave across the Midwest at the end of June caused both and Churchill Downs (10:30 a.m.) Belterra Park (11:35 a.m.) to experiment with morning racing as a means to keep horses from competing at the hottest point of the afternoon. The one-off post time switches weren’t pre-arranged with much notice or fanfare, hence a handle comparison wouldn’t be of much value in these instances.

And since Churchill is an A-list track that has the benefit of lights to add flexibility to its scheduling of post times, regular morning racing there wouldn’t make much sense.

But you could make a cogent case for Belterra taking a flyer on morning racing.

The Ohio track’s current Tuesday-through-Friday schedule with 12:35 p.m. posts causes it to get lost in the shuffle against Saratoga, Monmouth, Gulfstream and Colonial Downs during the month of July. It would even benefit from standing out from the likes of Finger Lakes, Thistledown and Horseshoe Indianapolis, all of which overlap to some degree depending on the day of the week.

From a raw talent perspective, Life Is Good (Into Mischief)’s 112 wiring of the John Nerud S. over seven furlongs at Belmont Park was outright scary. Now 7-for-9 lifetime and having put together a string of seven consecutive triple-digit Beyers, this ‘TDN Rising Star’ scored by five after chewing up no-slouch rival Speaker’s Corner (Street Sense). But beyond those two, the four-horse field was scant on competition, which allowed Life Is Good to motor home without any sort of a stretch tussle.

Fellow ‘Rising Star’ Charge It (Tapit) posted a gaudy 23-length victory in the one-turn-mile Dwyer S. at Belmont. His heaviest lifting involved bumping aside a pesky rival five-eighths out so he could maneuver off the fence and reel in the pacemaker, thus becoming the fourth also-ran out of the GI Kentucky Derby to win a next-out start. He earned a 111 Beyer, but only one of his five rivals had ever won a stakes (which was for Delaware-bred 2-year-olds last year), so the quality of competition angle applies here too.

It’s difficult to believe that a horse can win five straight races with triple-digit Beyers yet still be considered a bit under the radar, but that’s been the case with Olympiad (Speightstown), who is bound to get a lot more attention and respect after his no-nonsense cuffing of a decent field in Saturday’s Stephen Foster S. over nine furlongs at Churchill.

Olympiad emerged from a five-horse, first-turn speed scrimmage to be a stalking second through robust splits. He then blasted off at the quarter pole and dug in furiously to repel a wall of contenders off the turn. His presence near the head of affairs early in the race combined with an ability to withstand significant pressure late to score by 2 1/4 lengths lends a nice glow of legitimacy to his 111 Beyer.

(Not yet) the end of an era

It might be a stretch to say Dr. Blarney (Dublin) is the “Last of the Mohicans.” But the 9-year-old sure looks like he’ll wind up his career as the most impactful of the dwindling number of remaining Massachusetts-breds.

On July 4 at Finger Lakes, the good doctor won his 26th lifetime race, storming from off the pace to win a three-way photo by a neck for owner/breeder Joe DiRico and trainer Karl Grusmark.

The victory was even sweeter because Dr. Blarney was reunited with Tammi Piermarini, his horsebacking partner for most of his 37-race career.

Piermarini, 55, is the continent’s third-winningest female jockey. She hurt her knee in a starting gate accident last November, and the ride on Dr. Blarney Monday was her first race back since that accident.

Fittingly, like her multiple stakes-winning mount, Piermarini was also born in Massachusetts, having started her career back in 1985 at Boston’s Suffolk Downs.

Suffolk Downs is now three years defunct and the Massachusetts-bred program began to erode about a decade before the track closed for good in 2019.

Dr. Blarney won Massachusetts-bred stakes at least once a year between ages two and seven (to spend its remaining purse funds that were earmarked for stakes, the Massachusetts breeders’ association ran those races at Fort Erie in 2020). Six of his lifetime victories have been by margins between 10 and 20 lengths.

Although many of those romps came at the mercy of overmatched restricted-stakes competition, he’s also won a black-type stakes at Delaware Park and has bested open-company allowance horses at Finger Lakes.