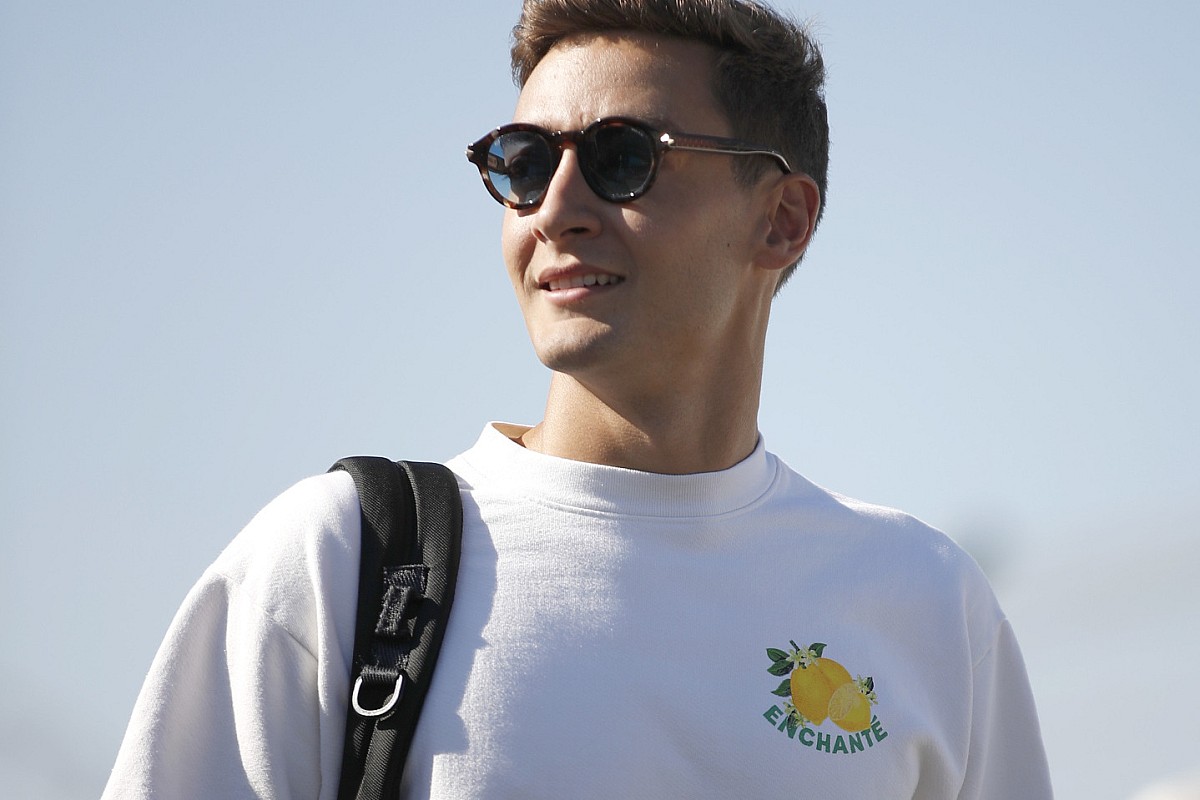 Russell’s choice was widely perceived on social media as a gesture of support for Ricciardo, who is currently looking for a drive for 2023.

Ricciardo revealed that he had promised to send a package of his merchandise to Russell’s girlfriend Carmen Montero Mundt, and that the Mercedes driver must have borrowed one of the items.

Ricciardo said that since last week’s confirmation of his departure from McLaren he’d received a lot of support from other drivers, especially those with more experience.

“George is a good one,” he said. “He’s one of the good young ones! I’ll give you the story, it’s a feel good story, one for the grandkids! So he won’t mind me saying this.

“So he texted me one Friday night. And it was a picture of his girlfriend on the couch, looking up the RIC3 shop. And he was like, ‘Mate, what’s going on?’

“And I was like, ‘Tell me what she likes. I’ll send her a few things.’ So we sent a few things. And I guess one of them actually fits George. So he decided to wear it today. So it’s good. George is a good lad. Yeah, I like the kid!” 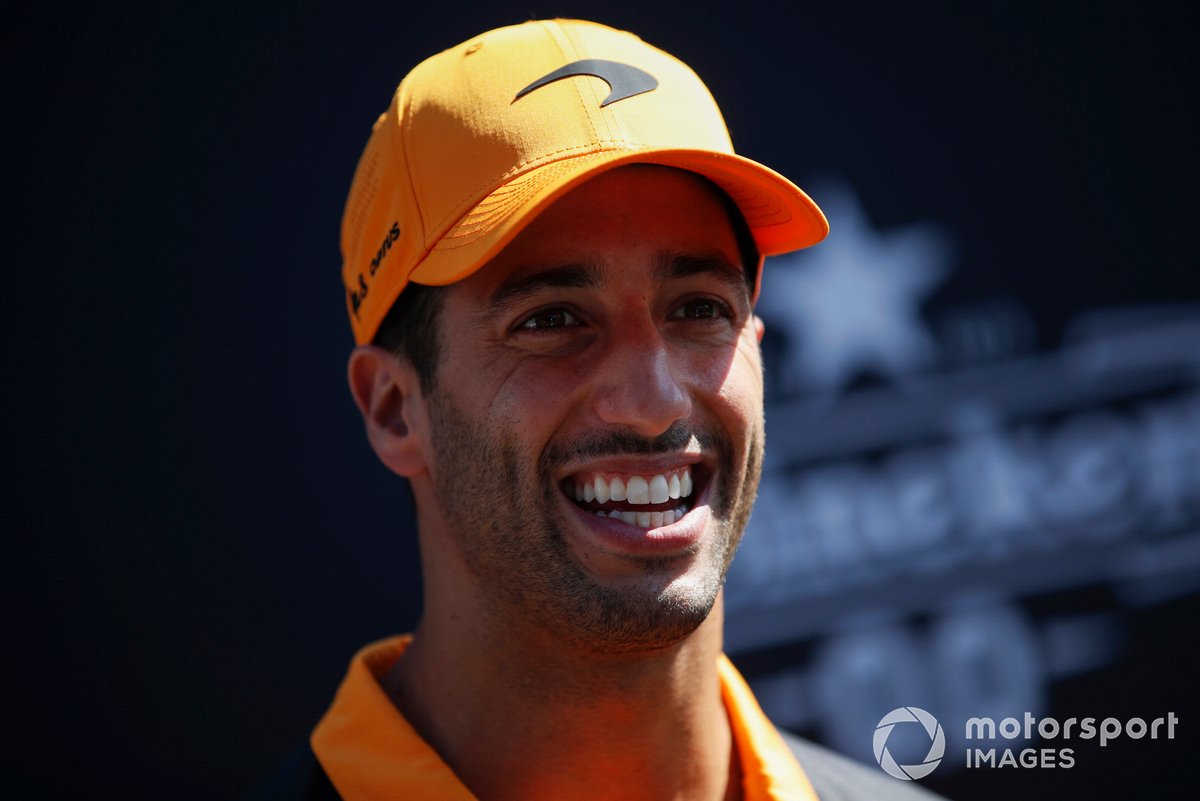 Ricciardo said he appreciated the messages of support he’d received from his fellow drivers.

“I know who my real friends are!,” he joked. “Obviously, they publicly spoke out, but I did have some private messages from some driver. For example Checo [Perez] as well was one of them.

“He knows what it’s like to be kind of hanging on to F1. I’m obviously not saying that disrespectfully, but a couple years ago, it was will he even be in F1, will he have a seat? And then a few months later, he’s winning a race with Red Bull.

“Again, I’m not saying I didn’t get any messages from younger drivers, but it’s also the older drivers that have kind of been through it.

“Obviously, the longer your career, the more chance that you’ve had highs and lows, and you’ve just lived through more experience. They were willing to give me, I guess, some encouragement. And I think ultimately that stuff’s really nice.”