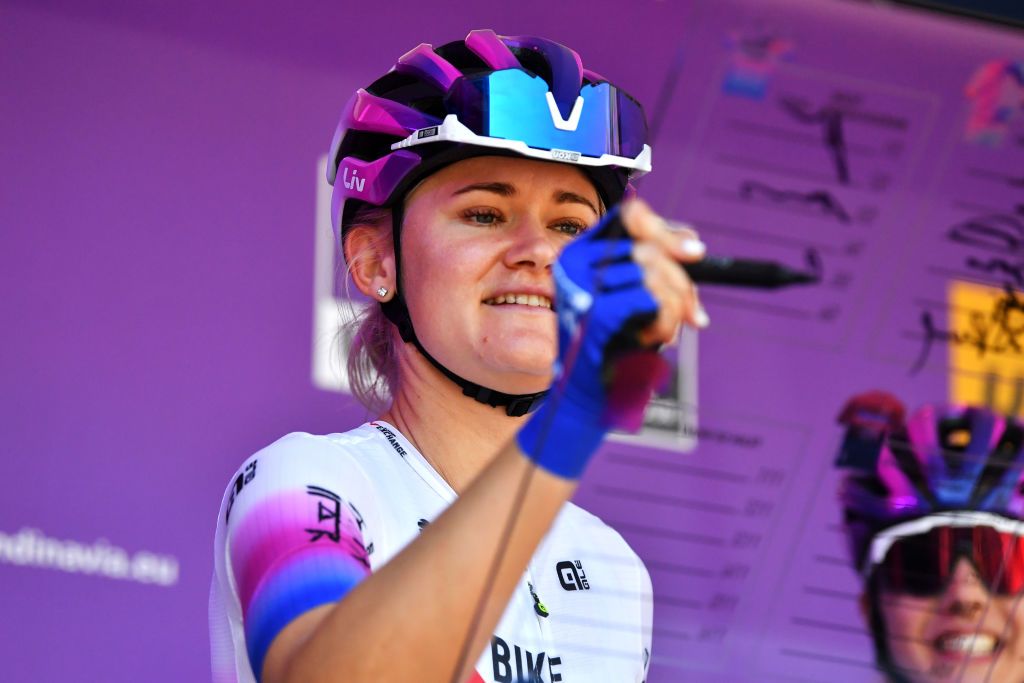 Georgia Williams will end her tenure with BikeExchange-Jayco for a new opportunity at EF Education-TIBCO-SVB in 2023.

The New Zealander will bring a decade of experience to the American outfit while also helping the team reach its goal to become top-five in the world rankings.

“Going out of my comfort zone, trying something new, a challenge and something exciting. It was really enticing,” Williams said.

“The vision of the team, the goal of becoming a top-five WorldTour team, and how they saw me fitting in the team as sometimes a domestique and sometimes a leader, it was all really cool.”

A former cross-country runner, Williams started racing bikes on the track after joining the sport through a national talent ID program. She began to incorporate road racing into her programme and then signed her first pro contract in 2013 with BePink, where she spent the first four years of her career.

After racing on the track at the 2014 Commonwealth Games and the 2016 Olympic Games, she was ready to focus full time on the road. She then signed with the GreenEdge programme in 2017 where she has excelled under Orica-Scott, Mitchelton-Scott and BikeExchange-Jayco.

“I’ve just loved road cycling since then. I’ve never wanted to go back to the track. I liked the track but I felt like I was done with it. I made it to the Olympics and also to the Commonwealth Games on the track,” Williams said.

She is now aiming to represent New Zealand at the 2024 Olympic Games in Paris. “New chapter, the road. Now the question is: can I make it to the Olympics on the road?”

At BikeExchange-Jayco, Williams has played a key role in the hilly classics, stage races, and time trials. She is the reigning New Zealand time trial champion, a title that she has won four times in her career, and she has twice won the national road race title. This year she was second in the time trial at Tour de Suisse and earned the bronze medal in the time trial at the Commonwealth Games.

She hopes to use her experience in the professional ranks to help the younger riders on the EF Education-TIBCO-SVB going forward.

“I have almost ten years’ experience and I’d love to pass it on. If I retired in the next few years and didn’t get to pass it on, it’d be a waste. To have worked my way up and to now be able to be a mentor like past riders have been to me, that’s really special for me,” Williams said.

“On the road, I’m not only looking for opportunities for myself. I love to be a domestique and work for others. I get such satisfaction out of that. I talked to Linda [Jackson] and realized this team would be something good for me.”

Williams came into this year with BikeExchange-Jayco ready to reset from three turbulent season. In 2019, her season was disrupted by Relative Energy Deficiency in Sports (RED-S), a medical disorder. In 2020, like most riders, she missed a lot of racing due to the COVID-19 pandemic. Last year, though she won double national titles in the road race and time trail, she was sidelined with two concussions later in the season.

Williams is aiming for a fresh start with EF Education-TIBCO-SVB where she hopes her versatility as a rider will bring success in the early season racing in New Zealand and Australia and into the Spring Classics in 2023. “I’m pretty flexible. I like time trialing. That’s a strength of mine. I’m good on the flat and I can also climb decently well. I’m versatile,” she said.

“I want to start the season quite well in Australia just because it’s close to home and I have the New Zealand national championships so I’d like to be in good form for those races. Then I’ll fly to Europe and be good for the hillier classics like Strade Bianche, Trofeo Binda, and all the Ardennes races. They’re really fun for me,” Williams said.