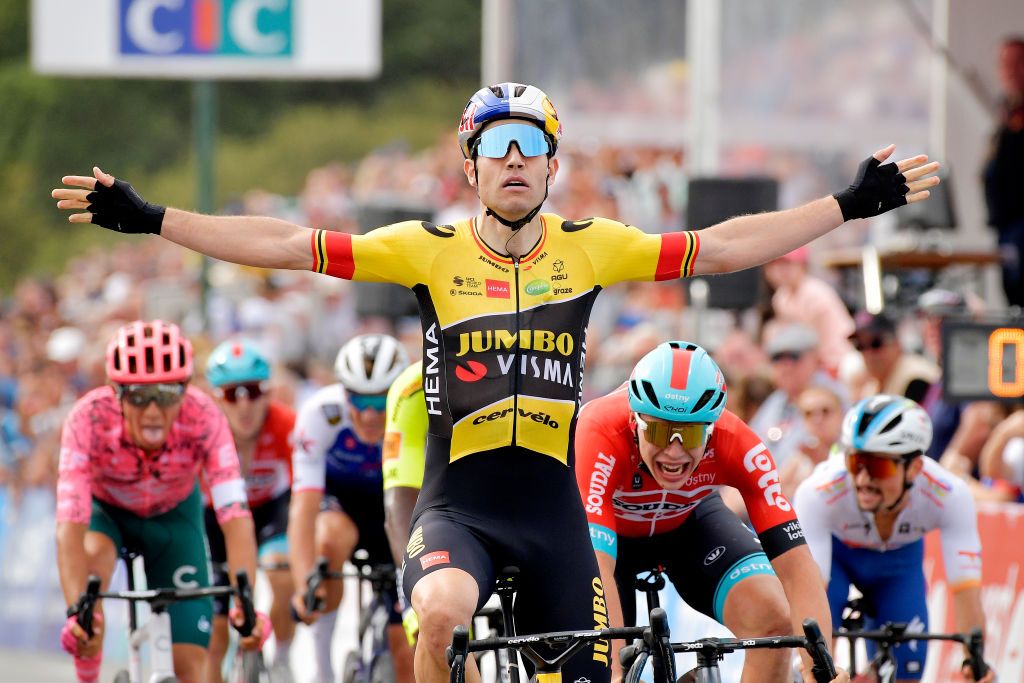 Between them, they have provided 25 Grand Tour stage wins in 2022, out of a possible 63, and 18 of the 30 possible winners of WorldTour races so far this year. This unprecedented concentration of success breeds more success, and means they can attract top sponsors, guarantee the future of the team.

The biggest reason behind this, semi-obviously, is money. Money to buy the best equipment, to employ the top staff, and have the world’s best riders on the team. Also to buy up riders that could be leaders on other teams, to potentially ride as a domestique there, as recently UAE Team Emirates did with Adam Yates.

It is not only the ability to sign the biggest names that sets out a dividing line between the haves and the have nots, however, it is also these teams’ ability to secure their stars on long term contracts.

On Wednesday, it was announced that Wout van Aert has become the latest of cycling’s big fish to sign a lengthy contract, with the Belgian penning a deal with Jumbo-Visma keeping him with the Dutch squad until the end of 2026.

While obviously this is a no brainer, to keep hold of one of the best riders in the world for the next few years, the winner of 32 races in his time with the team, it is also the latest example of cycling’s divide between rich and poor. Having such a big name on a long contract is enabled by sponsors, but it also encourages sponsors to stay on board and join over the next few years.

This is not a luxury that can be afforded to all. In fact, of the ten riders on the WorldTour who have contracts to 2026 and beyond, just two of them are on teams beyond the big four: Biniam Girmay at Intermarché-Wanty-Gobert, and Bauke Mollema at Trek-Segafredo.

Most riders are on two-year contracts, with some lucky enough to be on three, but there are a select group with even more than that. At the top of the pile is Juan Ayuso, who is such a prodigy that he has a contract with UAE Team Emirates until 2028; his employers must have been heartened by his podium ride at the recent Vuelta a España.

Tadej Pogačar has a deal until 2027 with the same team, with João Almeida there until 2026. Meanwhile, Filippo Ganna and Tom Pidcock will be at Ineos Grenadiers until at least 2027, with Egan Bernal there until 2026 too.

Quick-Step might not be hewn from the same incredibly wealthy cloth as UAE or Ineos, but they still have Vuelta winner Remco Evenepoel tied down until 2026. You have to be incredibly good, and probably be at one of the big four, to have such a long contract.

For comparison’s sake, no female rider has such a long deal at any team. Not even the Women’s WorldTour’s biggest team SD Worx, who has signed Lorena Wiebes until ‘only’ 2025.

In the statement released by Jumbo on Wednesday, Van Aert was keen to suggest that a long deal would not risk the relationship between him and the team going stale, even if it means being in the same colours for at least eight years.

“I feel very good with this team,” he said. “We have already shown that I can perform at my best here. That is also thanks to the facilities I get there. It surprised me the team wanted to negotiate my contract again, but it’s a nice recognition. We quickly agreed.

“I don’t think a longer partnership poses any risks because we’ve been able to get better for the past four years. One of the team’s slogans is ‘better every day’, which is not coming out of thin air. We keep improving in performance, the team’s facilities, everything. Because of this, I’m confident I won’t have to worry about being on this squad for the next four years.

“We constantly strive for the best, which made the decision simple. I give the team that assurance, and it gives me the peace of mind I need to succeed in the upcoming years.”

The lesson, then, is to keep your biggest riders if you have the means, if you can afford the security. It is just all too clear that not all teams can.