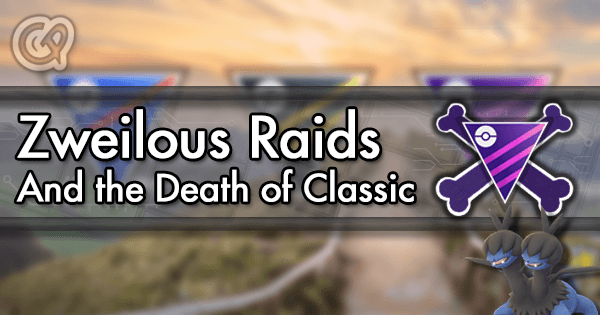 As mentioned before, the Interlude Season didn’t have Master Classic. “That’s alright,” some people thought. “That’s weird, but it’ll be back next season.” It is now next season. It’s not back. At the moment, Niantic has released no official communications implying that it will ever come back. And man? That sucks.

Just speaking personally, Master League was always my favorite format. I enjoyed getting to use all those legendaries in PvP. I loved being able to use bulky but low-attack Legendaries, Pokémon that otherwise have absolutely no relevance. I maxed my Lugia, my Giratina, and my Zacian not just because I like them, but because I enjoyed using them, and expected to continue to be able to do so. For a while, that was fine, I always had Master League Classic. But that’s gone now.

Lv50 Master League is expensive, and honestly, it’s just not an expense I can justify. I raided enough for a maxed Deoxys-Defense, and that’s the only Legendary (Mythical, but either way) I’ve taken past 40. I just can’t reasonably justify spending that much on a Pokémon with any kind of regularity. So here I am. Gated from my favorite format, a format that has been usurped by “itself, but it costs way more to play.” Stuck with a collection of maxed, 3moved Pokémon that just don’t have any use. I know I’m not the only one in this situation. There have, of course, been rumors going around that Classic’ll be back next season (but for real this time you guys!), but nothing official.

It certainly doesn’t help that Niantic benefits from that ambiguity. If Master Classic is gone, you might as well start leveling up your Legendaries past 40. If you can get your Dialga to Lv43, why not, right? But if Classic then returns, you’re stuck in a position where you can’t really use it in either format and you have to make an entirely new one. Or, alternatively, you feel forced into a position where you’ve gotta 50 your legendaries, so you spend passes on doing that.

Frankly, it’s not even just the people who can’t afford Master who are hurt by the whole situation. The pool of people who can play it is so small that they regularly struggle to find matches, causing each set to take an unreasonably long time. Nobody is benefitting from this from a game experience perspective.

Premier Classic filled an important niche as well. While 50ing a non-Legendary/Mythical isn’t quite so financially expensive, it absolutely takes an incredible amount of time. I think it’s safe to say that the average player, even the average invested player, lacks the XLs for format staples such as Snorlax, Haxorus, and Togekiss. That means most players are effectively gated from participating on an even footing. Getting Pokémon to 40 isn’t cheap by any means, but it’s at least relatively accessible.